The major cell phone providers, including AT&T, Verizon and Sprint, may be required to keep information about their customers’ text messages for at least two years according to a proposal that various law enforcement agencies submitted to Congress.

A group of different police organizations asked legislators to require wireless companies to retain information, warning that a lack of federal requirements leaves a major hole in the ability of law enforcement agencies to launch proper investigations. The move was designed to include text message retention in an upcoming overhaul of the 1986 Electronic Communications Privacy Act, a privacy law meant to reflect the new realities of the modern technological era. 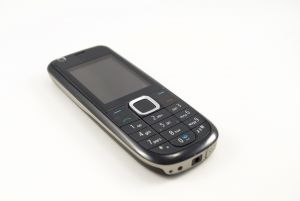 As text message usage has exploded recently so have the instances of their use in criminal investigations. They have been used as evidence in robberies, drug dealing and financial fraud cases. One great example occurred in 2009 when SkyTel turned over a whopping 626,638 text messages in Michigan.

Currently, the approaches used by the various companies are all over the place. Verizon and some others retain their text messages only for a brief period of time. Others, including T-Mobile, do not store the messages at all. A Justice Department document obtained by the ACLU found that in 2010, AT&T, T-Mobile and Sprint did not store the contents of text messages. Verizon did for up to five days, a change from its earlier no-logs-at-all position, and Virgin Mobile kept them for 90 days. The carriers generally kept data like the phone numbers associated with the text for 90 days to 18 months; AT&T was an outlier, keeping it for as long as seven years, according to the chart.

The groups making the request include the Major Cities Chiefs Police Association, the National District Attorneys’ Association and the National Sheriffs’ Association. It has not yet been made clear by the groups whether they want the telecommunications companies to store the content of the text messages or only to hold on to data including the numbers used to send and receive the messages. No matter which approach is employed it will be a massive responsibility for the cell phone providers with some 2 trillion text messages sent in the U.S. last year, coming out to nearly 6 billion per day.