In an important divided criminal law decision released earlier this week, the U.S. Supreme Court voted 5-4 to say that silence can be used against defendants in certain circumstances. 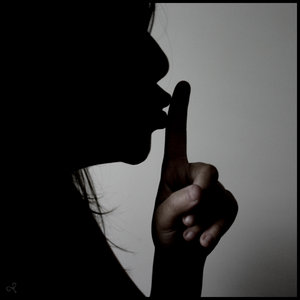 The case involves a horrible 1992 Texas double murder case where the suspect voluntarily answered police questions for nearly an hour. However, as the police asked more incriminating questions about shotgun shells found at the scene, the suspect stopped talking. Prosecutors later used Salinas’ silence against him and portrayed it as evidence of his guilt. The strategy worked like a charm for prosecutors and Salinas was found guilty.

Most people know that once a person has been arrested and read their Miranda rights, they have a right to remain silent and that silence cannot be used against them. Other Supreme Court cases have held that if a person declines to testify during a criminal trial the prosecutors are not allowed to use that decision against the defendant by negatively mentioning it to the jury. The issue in this case was whether such silence could be attacked if it occurred prior to an arrest.
Justice Alito wrote for the majority and said that the Fifth Amendment, which says a person cannot be compelled to be a witness against himself, clearly gives defendants the right to remain silent. However, the majority of the Court said that the right to remain silent is not “self-executing” and that it must be claimed for it to be used. In this case, the justices decided that because Salinas failed to properly invoke his right that his silence was properly used against him.

The majority opinion said that Salinas failed to expressly invoke the privilege against self-incrimination during police questioning which means such a privilege does not exist. The Court found that the right to silence does not apply before suspects are arrested and read their Miranda rights.

Legal experts have already criticized the decision, saying that Justice Alito failed to clarify exactly what was required for a suspect to be said to have “claimed” his or her right to silence. In a dissent, Justice Breyer noted that Salinas had no attorney at the time of the questioning and that he may not have understood he had to specifically mention that he was availing himself of his Fifth Amendment right against self-incrimination.