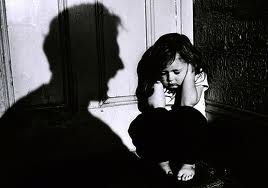 According to a recent report by WFMY News, seven people were arrested after a child was found locked in a room at a home in Thomasville, North Carolina. A woman called the Thomasville Police and told them that she had been kidnapped and assaulted by her boyfriend. Officers responded and conducted an investigation and issued several warrants, including one for the woman’s boyfriend, Joshua Reed. Upon a search of the location, police located several other suspects, marijuana and prescription drugs. They also found several children inside the home including a small child locked inside a room. The home was in disarray so investigators called in the Davidson County Department of Social Services and removed the children. The police have charged five people with a number of charges including kidnapping, assault, possession of marijuana and child neglect.

North Carolina defines a neglected child as a one who is denied adequate “care, supervision, or discipline” by a parent or guardian. The North Carolina Division of Social Services provides a list of signs to look for in a child to determine if they are suffering from neglect. If the child begs for food, lacks medical or dental care, does not have appropriate clothing for the weather or abuses alcohol or other drugs; then it is likely that the child has been or is being neglected. There are also signs to look for in parents. If the parent seems apathetic or depressed, behaves in a bizarre manner or abuses alcohol, then it is possible that the parent is abusing or neglecting his or her children.

North Carolina is a mandatory reporting state, meaning that if you suspect that a child is being abused or neglected, you are obligated by law to report your suspicions to the Department of Social Services. There are specific procedures for reporting such abuse. The reporting person must make the report by phone, in person or in writing. The reporting person is also required to leave his or her name as anonymous reporting is not permitted. The North Carolina reporting statute protects individuals from criminal or civil liability if it turns out no child abuse has actually occurred.

Though child abuse is generally associated with the most egregious actions toward children, child neglect, denying a child the basic necessities of life and productivity, carries equally serious consequences. Defending against such charges requires competent counsel familiar with criminal justice system. If you find yourself in need of a skilled North Carolina criminal defense attorney, J. Bradley Smith at Arnold & Smith, PLLC will assist you in mounting the best possible defense. Please do not hesitate to call (704) 370-2828 for a free consultation today.