According to a recent report by WBTV news, the lawyer’s for Trayvon Martin’s family gave an exclusive interview to the board of the National Association of Black Journalists (NABJ). One of the reporters for WBTV is a regional director for the association and sat in on the interview.

For those who may not know, Trayvon Martin is the 17-year-old young man from Florida who was killed by George Zimmerman, the head of the neighborhood watch in his area. Zimmerman is claiming that the killing was in self-defense. 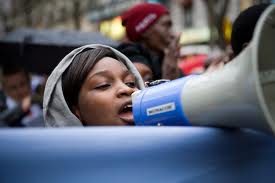 The initial investigation by the Sanford, Florida police department did not result in an arrest of Zimmerman. Since then, Martin’s death had received national media attention and now the case is under investigation by the Florida State’s Attorney’s office and the Justice Department.

Daryl Parks represents the Martin family. He told NABJ that the family has meet with the state’s attorney’s office and with the Department of Justice. They are waiting to hear from both agencies about how long the investigation will take, but the family is hopeful and optimistic, believing that eventually they will have justice for their son.

In addition to the potential criminal charges, Parks told NABJ that the family is going to file a civil claim against Zimmerman and against the Home Owner’s Association. “Parks told the NABJ he has information to show the HOA told residents how to handle any problems within the neighborhood – that was to call police first and Zimmerman next. The question then is – did the HOA deputize Zimmerman to protect the community?” If the HOA gave Zimmerman the power to protect the community and he did so in a way that was against the law, the HOA may be liable for Martin’s death.

The Martin family was recently Washington, D.C. being briefed by the House of Representatives on hate crimes. They were hosted by Representative Shelia Jackson Lee of Texas who believes that the federal government should do whatever it can to put pressure on the state of Florida to arrest and try Zimmerman.

This case has the entire country in an outrage, but several things should be remembered. First, a family lost a young man and they do not have any answers about what actually happened, which is the ultimate tragedy. Second, it is too quick to jump to conclusions about Zimmerman’s motives behind the shooting until the investigation is complete. Third and finally, Zimmerman is innocent until proven guilty, a fact which is often forgotten in such an emotionally-charged atmosphere.

If you require the services of a Charlotte criminal defense attorney for any reason, please contact the attorneys at Arnold & Smith, PLLC for a free consultation. Call us at 1-704-370-2828.

Source
“Lawyers for Trayvon’s family speak about the investigation,” published at WBTV.com.