Late last month the Supreme Court handed down a major criminal ruling concerning the use of drug-sniffing dogs. The case, Florida v. Jardines, was a close one, 5-4, and backed up a lower court’s decision to declare evidence obtained after police used a drug dog outside a house that was being used to grow marijuana inadmissible in court. The High Court found that using the drug-sniffing dog, named Franky, to search the house from the front porch was a violation of Joelis Jardines’ constitutional rights.

The case arose in 2006 when police were given information from an anonymous tip program that drug activity had taken place in the Jardines home. A few weeks later, officers decided to investigate the tip further and took Franky out for a walk, being sure to slowly go by the man’s front door. Franky then made the alert that drugs were on the premises and the police used that alert to justify a warrant to search the residence. The search turned up 25 pounds of pot and led to Jardines’ arrest on drug trafficking charges. 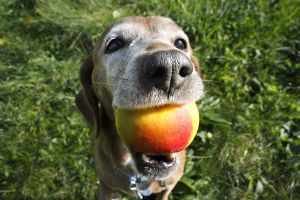 Justice Scalia wrote for the majority and stated that a house and its surroundings are properly seen as inviolable before the law. Scalia went on to say that a person’s house should be protected by the Fourth Amendment not only from unreasonable searches, but also from unreasonable dog sniffs. Scalia wrote that because Jardines had never given the police permission to be on his property, their presence was in violation of the man’s constitutional rights and the results of the search ought to be excluded as evidence in a trial.

The other side argued that homeowners should not have an expectation of privacy for their front porch given that a stranger could legally go ring a neighbor’s doorbell without an invitation to do so. Scalia disagreed with this line of argument vehemently and amusingly said, “To find a visitor knocking on the door is routine (even if sometimes unwelcome); to spot that same visitor exploring the front path with a metal detector, or marching his bloodhound into the garden before saying hello and asking permission, would inspire most of us to — well, call the police.”

“Supreme Court Finds The Use Of A Drug-Sniffing Dog To Investigate A Home Unconstitutional,” by John Villasenor, published at Forbes.com.