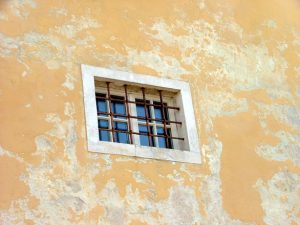 One state that has tried such an approach is Alaska, where the legislature passed a law last year known as Senate Bill 91. The legislation went into effect last summer and people are beginning to take stock of how things have gotten better (or worse) as a result. First, a little background, Senate Bill 91 resulted from recommendations of a criminal justice task force convened with the express aim of reducing prison overcrowding. Their intention was to reduce prison populations by reducing recidivism and focusing on treating criminals rather than simply incarcerating them. Not only would this hopefully reduce crime, but it was estimated it could save the state just under $400 million each year, money that would be directed towards treatment programs, violence prevention and victim protection services.

As part of those efforts, Senate Bill 91 rolled out a host of changes, with others scheduled to arrive in January of 2018. The law has removed mandatory jail time for first-time Class C felonies, eliminated jail time for thefts with a value less than $250 and reduces the time spent behind bars for those who violate certain conditions of their bail.

According to some reports, crime may be on the rise and critics are blaming Senate Bill 91. Numbers out of Wasilla, AK indicate that there’s ben a 30 to 40 percent increase in shoplifting. Retailers complain that criminals don’t even get taken into police custody anymore. The fear is that criminals believe the new law offers a pass on many crimes, leading them to engage in these crimes more frequently than before.

Advocates of the law say that while there may be some small increases in nonviolent criminal acts, it’s isolated and not widespread. They also point out that the original justification of the law, to discourage unnecessary and expensive incarceration, is still valid. A good illustration of the problem is that back in 2014, there were more than 300 people admitted to prison due to theft, the vast majority of which were petty thefts, typically toiletries and alcohol. It costs the state about $160 a day to keep them in prison and the typical stay for those convicted of theft was 23 days. This means the state was paying $3,680 to jail someone for stealing a bottle of wine or a packet of soap.

To try and deal with the mounting backlash, the Alaskan Criminal Justice Commission voted this past week to increase penalties in theft cases, among other things. The new rule says that after two convictions for low-level theft charges a person can face up to 10 days of jail time. The goal of the Commission seems to be finding a solution that keeps everyone happy, continuing to try and reduce prison populations while also offering jail time to punish repeat offenders.

Is Genuine Need Ever Justification For Committing Crime? In Italy, Maybe So