It’s something that’s become increasingly common in recent years, signs warning that drivers are under remote surveillance and can be fined for a variety of bad behaviors, including speeding or running red lights. If and when such a fine occurs, most people open their mail and send in a check, quickly dispensing with the issue and avoiding needless hassle. Thankfully, one law professor in Maryland decided to take a different approach and fought his traffic violation. His story, published on Quartz, is an interesting one and raises some serious concerns about the legal validity of the traffic camera system that so many jurisdictions have so warmly embraced. 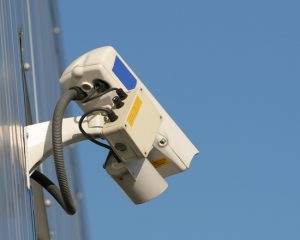 The issue began when the law professor, Adam MacLeod, received a traffic ticket in the mail. The ticket said that his vehicle was seen on a camera speeding. The problem was that the professor was in class at the time the vehicle was seen speeding, meaning that he should not be liable for the violation. The professor then decided to fight the ticket and showed up in person to contest his fine. At the courthouse, a magistrate briefly considered the case and, as expected, ruled against him, saying he owed the full amount of the fine.

Thankfully the professor wasn’t easily dissuaded and chose to appeal. This required him paying a criminal bond, an amount twice the value of his traffic ticket. He discussed the matter with the prosecutor assigned to his case and asked if she intended to fight the charge. She insisted she did and would see him in court. The professor asked her whether this was to be treated as a criminal or civil matter, a seemingly simple question, and that’s when things got a little weird. The prosecutor wasn’t able to clearly answer the question, saying that the case would be handled using the rules of criminal procedure. In that case, the professor asked when he would be charged or indicted. The prosecutor said that this wouldn’t happen because the case was a civil matter. The professor’s response to that was to ask when he would be served with the civil complaint. Wrong again, the prosecutor said, this is a criminal matter and no such complaints are required. You see the problem.

Once the case was before the judge, the professor cross examined the prosecution’s only witness, the police officer who signed the ticket. The officer admitted during questioning that he wasn’t present when the event occurred, that he has no idea who was actually driving the vehicle at the time and that there were no witnesses. Given this, the professor asked whether the officer signed an affidavit alleging probable cause without any actual evidence. The officer admitted that yes, he had no evidence that any crime had been committed by the professor, something that he and other officers presumably do on a regular basis as part of their jobs approving the traffic camera-generated tickets. The judge presiding over the case seemed surprised and dismissed the case immediately.

Though this was a victory for the professor, the incident raises troubling questions. Traffic camera-generated tickets often fail to produce the kind of probable cause that is necessary in a criminal case. To get around the issue, prosecutors have created a new category of offense, a civil violation of a criminal law. This means that prosecutors are able to charge individuals with a criminal offense without producing witnesses or showing probable cause, while also denying the defendant civil due process. This enables prosecutors to pick and choose, using only the parts of both criminal and civil legal systems that are to their benefit, a tactic that, to say the least, disadvantages ordinary citizens who are typically unaware.