Everyone has likely heard of the Stanford sexual assault case by now, the one involving Brock Turner, the former college athlete who was convicted of sexually assaulting an unconscious woman in a parking lot on campus. That case, and the lenient sentence that resulted, caused a media firestorm. The victim chose to publicly release her impact statement, leading to an outpouring from millions around the world, including the Vice President. 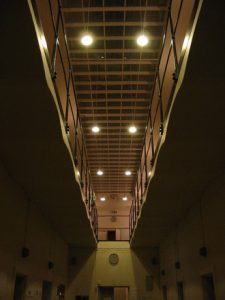 The case attracted so much attention not only because of Turner’s behavior, but because of how the judge presiding over the case decided to punish him. Prosecutors were hoping to get a six-year prison sentence, something serious enough to send a message to Turner and others like him. Unfortunately, the judge, Aaron Persky, decided that Turner deserved a break. The judge said that Turner’s good character references, his remorse, his performance in school and lack of a previous criminal record should serve as mitigating factors. As a result, Judge Persky sentenced Turner to only six months behind bars, a decision that resulted in a swift blowback.

Critics argued that the sentence highlighted disparities in the criminal justice system, claiming that such a light sentence would never have been applied to a young black male. Instead, the fact that the defendant was white, wealthy and attended a prestigious school allowed him to avoid severe punishment. Judge Persky has since asked to be transferred to civil court and will no longer preside over criminal matters. Turner is due to be released shortly, serving only half of his six-month sentence.

Given the outcry that followed the sentencing, legislators decided to take action to close a loophole that allowed Judge Persky to make the controversial decision. In California, the use of force in a sexual assault case results in a mandatory minimum prison sentence. This is the same kind of thing used in many drugs cases. State laws are triggered after defendants are convicted of certain crimes and judges are forced to apply certain sentences, regardless of their personal opinions. In this case, no mandatory minimum applied. The reason is that this was not a forced sexual assault. Instead, the victim in this case was unconscious and did not resist. As a result, no mandatory minimums existed and Judge Persky was allowed to apply whatever sentence he felt was necessary.

Lawmakers in California have now revised the law and made is so that mandatory minimums will apply in all sexual assault cases. Though this will help guarantee tougher sentences in the future, it also takes away judicial discretion, an important check on the criminal justice system that allows judges to use their own judgment to deviate from guidelines when they believe such deviations are just.