Almost everyone these days shares passwords for one streaming service or another. It could be HBO, Netflix, Hulu, possibly Spotify. A friend or family member likely paid and let you use their password to gain access. Despite the ubiquity of this behavior, a recent federal court decision might give users sharing passwords cause for concern.

END_OF_DOCUMENT_TOKEN_TO_BE_REPLACED 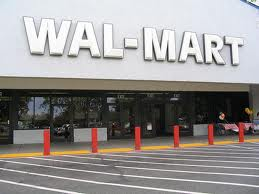 WCNC recently reported the tragic story of Sonya Duggan, a 45-year-old disabled woman who was the victim of identity theft. Investigators say that Sonya’s lump sum disability payment of $5,800 was stolen from her Wal-Mart debit card account. The police say that the perpetrator or perpetrators squandered Sonya’s money in six different cities across three different states over the course of only two days. Sonya suffers from a rare disease and this Thanksgiving was the first time she had been home in five years, having spent years in the hospital suffering from pneumonia.

It should not have been difficult for a bank to recognize that the transactions from Sonya’s debit account were fraudulent transactions, but Wal-Mart failed to catch the fraud as it was occurring. Even later, when Sonya and her husband requested that Wal-Mart restore the stolen money to her debit card account, the giant corporation denied her request. Wal-Mart sent her a letter explaining the reason for their denial indicating that Sonya gave her husband the personal identification number to her debit card. Sonya explained that due to her illness, her husband serves as her primary caregiver. As such, he needed access to her debit card so that he can purchase her prescription medications.

Although Wal-Mart is not required to reimburse Sonya for the money that was stolen from her, the Better Business Bureau believes that if investigators can prove to Wal-Mart that there was evidence of fraud, it is likely that Wal-Mart will restore the stolen funds. However, that restoration may not come in time for Sonya and her family to enjoy the holiday season or even in time to pay regular household expenses.

It is important for consumers to protect their finances during this holiday season. Identity theft and fraud provide criminals with unlimited access to unprotected stashes of someone else’s cash. There are ways to protect your debit cards during this season. Follow these few simple tips and you should be able to keep your hard-earned money safe for holiday spending.