For many people, what goes on inside the walls of a prison isn’t the focus of much attention. Most seem content to embrace the idea that what’s out of sight should be kept out of mind. Unfortunately, this tendency to ignore sometimes-difficult issues allows the issues to continue to cause harm. 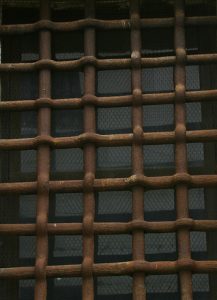 Such a case was recently decided by justices on the Third Circuit Court of Appeals. The case concerned two men, Craig Williams and Shawn Walker, who were inmates in a Pennsylvania prison who filed suit challenging their detention in solitary confinement. Both of their stories are harrowing and, at least for the prison officials responsible for the incarceration, difficult to defend. Thankfully, a court heard their stories and issued an important ruling that could lead to big changes in the way that other inmates are incarcerated going forward.

Focusing on Shawn Walker, his case began decades ago when he as convicted of first-degree murder. Walker was ultimately sentenced to death row, which in Pennsylvania necessitates the use of solitary confinement. For 20 years Walker remained in a windowless cell, measuring only 7 feet by 12 feet. This was his whole world. He was allowed to leave his cell for two-hour periods five times a week. To do so, he would need to be strip searched, including a search of his body cavities. Once that was done, he would be released to roam around what prison officials informally referred to as the “dog cage”.

Rather than clear these hurdles, Walker gave up and remained inside his cell for nearly seven years. He ate alone and heard the sounds of other inmates in solitary confinement. This period of isolation led Walker to develop serious mental disorders, including severe emotional distress, insomnia and body tremors.

What makes his case even worse is that the solitary confinement wasn’t necessary, at least not for the entire 20-year period. After his first 12 years behind bars, Walker had his death sentence vacated, meaning he was no longer on death row and no longer required to remain in solitary. He spent another 8 years there nonetheless, until he challenged his confinement and a court intervened to place him in the general prison population. After that, Walker sued claiming that this time amounted to a violation of his constitutional rights under the Fourteenth Amendment.

The Third Circuit heard Walker’s case and agreed, ruling that death row inmates in Pennsylvania should not be kept in solitary confinement after their death sentences have been vacated. The Court held that the prisoners had been deprived of their due process by remaining in solitary confinement despite having their death sentences vacated. The Court wrote that the prisoners were subjected to significant hardship due to their solitary confinement, concluding that this kind of incarceration can often prove traumatic and harmful and subject individuals to long-term damage.

The Court went on to say that the state may not keep inmates in solitary indefinitely. Instead, the state must have individualized reasons for keeping people confined and must have a formal procedure in place to weigh a person’s level of dangerousness against the harm that the solitary confinement can cause. The impact of this ruling is that prisons within the Third Circuit’s jurisdiction (Pennsylvania, Delaware and New Jersey) are now expected to conduct assessments to determine whether an inmate in solitary is dangerous enough to justify remaining in solitary. If a prison fails to do this, the prison could then be subject to legal liability.

“You Have the Right to an Attorney”—Unless Prosecutors Insist You’re Unconscious?