The axiom that “The truth shall set you free” is, in my opinion, a bit overused and often used out of context. The quote—from the eighth chapter of the Gospel according to John, in the New Testament of the Bible—is quite specific in its meaning. 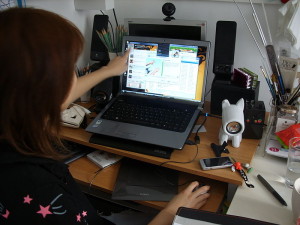 The case involved Timothy Robert Turner. Two summers ago he had an argument with his former girlfriend. After the argument, he was so angry with her that he posted sexually explicit messages apparently sent to him by his former girlfriend as well as messages referencing her daughter on Craigslist, a well-known classified advertising web site.

Turner was convicted of criminal defamation and sentenced to a fine and thirty days in jail. He appealed the conviction, however, arguing that Minnesota’s criminal defamation law violated the First Amendment to the Constitution of the United States. The First Amendment protects persons from infringements upon their freedom of speech, including the criminalization of certain kinds of speech.

Anfinson said that while Turner did not post any photos or videos of the ex-girlfriend or her daughter, he agreed with Minnesota Court of Appeals Judge Denise Reilly, who wrote that Turner’s behavior was “reprehensible and defamatory.” Despite that, however, she and two other judges comprising the three-judge panel that considered Turner’s appeal struck down the criminal defamation law, writing that because of its broad language, the law had the potential to criminalize true statements.

Truth is an absolute defense to civil suits based on slander or defamation, and as the Court of Appeals noted, true statements are protected by the First Amendment. In striking down the law, the Court observed that the standard for winning a conviction was actually less stringent than the standard for winning a defamation case in civil court, according to the Minneapolis Star-Tribune. In general, given the differing standards, criminal convictions should be more difficult to obtain than prevailing in a civil action.

Anfinson told the Star-Tribune that the Court of Appeals’ ruling is on the side of people “who are clearly guilty of very serious behavior,” but he said the more serious interest is the First Amendment’s guarantee of free speech. “You can debate the principle, but it’s a noble one,” he said.