A man after a woman’s heart may be prone to a bit of puffery, but legislators in New Jersey want to criminalize that puffery when it rises to the level of deception. 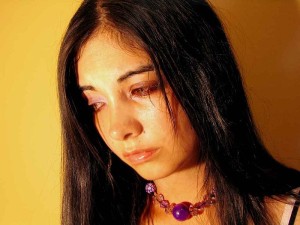 The bill is the brainchild of 37-year-old activist Mischele Lewis. She told Philly.com that the bill is important “because trying to deceive anyone for the purpose of sexual gratification is just wrong.” She said that before someone consents “to be intimate with anybody,” one should know “one-hundred percent” who the person is.

Kathleen Bogle, an assistant professor of sociology and criminal justice at La Salle University in Philadelphia, told Philly.com that law-enforcement authorities actively pursue “sexual predators who try to lure victims into sexual situations through deceit.” However, she said, the legislation proposed by Singleton may cast too wide a net. While she agreed with Lewis that lying to get sex is immoral, it would only be criminal in a fraction of instances.

In a 2013 article in the Yale Law Review, Yale law professor Jed Rubenfield wrote that sex-by-deception should be considered rape, since “a consent procured through deception is no consent at all.”

Lewis became an activist on the issue after she found out her paramour was not really a secret agent working for the British Government, as he had claimed. He had connections with the United Kingdom’s criminal justice system—he had served time there for bigamy and had also been convicted of indecent assault of a minor.

Lewis paid the man $5,000 for a phony security clearance, an act that was criminal: Last year, the man pled guilty to third-degree deception. He was sentenced to three years in a New Jersey prison and ordered to pay the money back.

Prosecutors had tried to charge Lewis’s paramour with sexual assault by coercion, but a grand jury declined to indict the man on that charge.

Singleton told NJ.com that the new legislation will provide a prosecutorial remedy for situations like Lewis’s. “This legislation is designed to provide our state’s judiciary with another tool to assess situations where this occurs and potentially provide a legal remedy to those circumstances,” Singleton said.

Depending on the circumstances, a violation of the proposed act could serve as a first-degree or a second-degree crime, punishable by anywhere from five to twenty years in prison.