On this blog earlier in the year we talked about the FBI trying to force Apple to hack into the San Bernardino shooting suspect’s iPhone to help with the ongoing criminal investigation. Since then the topic of the governments’ rights to access password-protected information has exploded as a conversation piece as other cases have emerged. To date, law enforcement has succeeded in paying hackers to break into the San Bernardino phone and, in another case, jailed a defendant for seven months running for refusing to provide his password to unlock his hard drive in the ongoing criminal investigation against him. 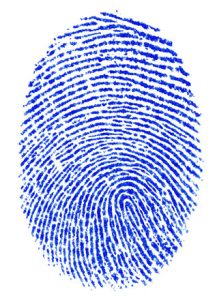 However, a different encryption battle has also been brewing. While the technology in the cases above involved phones locked with passcodes, in another California case federal officials were allowed to use a search warrant to compel a defendant to physically place her finger on the phone’s scanner to unlock it.

It’s a question that had been in unanswered legal waters since Apple first introduced the fingerprint-scanning technology more than two years ago: Is a person’s physical fingerprint protected by the Fifth Amendment, which protects a person from being forced to give self-incriminating evidence to authorities? The U.S. Supreme Court has held that law enforcement can compel a person in custody to provide physical evidence such as fingerprints without a warrant, but isn’t compelling someone to physically use their unique fingerprint to unlock information against them essentially forcing them to incriminate themselves?

The answer, from the two rulings available on this specific matter, seems to be a resounding, “No.”

Considering that one federal court held in 2014 that number/letter passwords are not protected by the Fifth Amendment, this should perhaps come as no surprise.

The above example, however, is from a case from 1988. Innovations in technology are so rapid that available technology will have changed by the time you’re finished reading this sentence, let alone since 1988. Courts have been waging an ever-changing battle to keep Fifth Amendment interpretation up with the times, but the interpretations have been contradictory and not terribly informative.

The only other case to substantively raise the issue of passcodes and fingerprint Touch ID as they relate to the Fifth Amendment is from 2014. A Virginia Circuit Court ruled that law enforcement could not force a criminal suspect to turn over their password, but they could force them to use their fingerprint to unlock the device.

The California case, on the other hand, holds that physical fingerprints are not protected by the Fifth Amendment. The judge ordered the defendant, the girlfriend of an alleged Armenian Power gang member, to comply with the search warrant requiring her to place her fingerprint to her phone’s Touch ID scanner against objections from the woman’s attorney.

We will have to stay tuned as the battle over encrypted technology continues and the courts balance the goals of law enforcement with an individual’s privacy and Constitutional rights.  Experts expect these types of cases to become much more common as cracking digital security becomes an increasingly large part of law enforcement work.