The advent of police vehicle and body cameras in recent years has been aimed at greater transparency and accountability amongst law enforcement. Sometimes, as in the case of former NFL receiver Jabar Gaffney recently, these arrest videos can provide teachable material from which other citizens can learn. 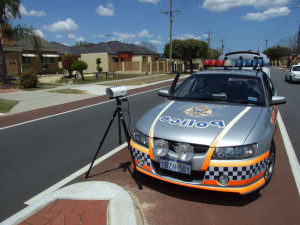 The police officers who arrested Gaffney this January for felony marijuana and drug paraphernalia possession have released the police-cam footage of the arrest. The video, as it turns out, brings up some of clients’ frequently asked issues regarding a person’s search and seizure rights in interactions with police, such as: When can and can’t a police officer search a person for drugs? If a police officer thinks they smell marijuana, is this alone enough to let them search you?

Gaffney, a retired wide receiver for the Texans and Patriots, was reportedly initially pulled over for having illegally-tinted windows and swerving. Both of these are legal reasons to pull someone over—police suspected him of breaking traffic laws. He was in Florida, where marijuana is not yet legal even medicinally.

The chronology of events is often critical in establishing whether or not a police officer infringed on a person’s search and seizure rights. There are certain burdens of proof that must be met before law enforcement can take action, and actions or admissions by the suspect can waive or fulfill some of these burdens. The following sequence of events unfolds in Mr. Gaffney’s arrest video:

It does not appear as though Gaffney’s attorney has filed any motions to suppress evidence on the grounds of violation of his client’s search and seizure rights, which come from the Fourth Amendment. We’ll have to stay tuned for any developments.

If you or someone you love has been charged with a crime, including drug charges, it is important to retain a skilled criminal defense attorney experienced in successfully defending similar crimes. At Arnold & Smith, PLLC our attorneys stand at the ready to defend you against state or federal charges. Please contact Arnold & Smith, PLLC today at (704) 370-2828   or find additional resources here.