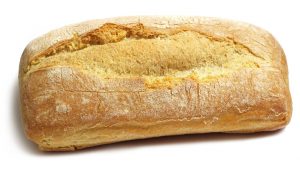 The case began back in 2014 when a man was spotted with a bit of cheese and sausage in his pockets while leaving a grocery store in Genoa, Italy. An alert customer noticed that the man had only paid for some breadsticks and hidden the meat and cheese on his way out of the store. The police apprehended the man who admitted to the theft, saying he did so because he was homeless and hungry. The total value of the stolen merchandise? Just under $5.

The man was then prosecuted for theft and convicted last year. He was sentenced to pay a 100 EUR fine and spend six months in jail, a stiff penalty given the relatively minor crime at issue. His lawyer appealed the conviction, hoping only to convince an appellate court to reduce the extent of the punishment. Much to the surprise of many, including the defendant, the appellate court went beyond merely reducing the penalties, but instead tossed out the conviction entirely.

The court noted in its opinion that the condition of the defendant drove him to take possession of a small amount of food due to his immediate and essential need for nourishment. The court deemed this to have been an action based on a state of need rather than a criminal act. As a result of the dire need, the court decided that the action did not amount to a crime and that the man thus did not deserve to be punished at all.

The court has since said that it based its decision on an old Italian legal notion which says “Ad impossibilia nemo tenetur.” Translated, this means that “No one is expected to do the impossible.” This idea means that if a person is put in an impossible circumstance otherwise unjustifiable conduct may be justifiable.

Though few people realize it, such a doctrine exists in the United States as well as Italy. In the U.S., the common law doctrine is known as the necessity defense. The basis for the necessity defense is that in some special situations, breaking the law may actually be the lesser of two evils and thus better for society than if a person had strictly followed the law.

A common example of when the necessity defense might be used is if a person broke into another person’s house to rescue someone from a fire. The person technically committed a crime, but the crime was necessary to save the person’s life. The same could be argued if a person drove drunk to get a critically wounded friend to a hospital. This was technically a crime, but if a the other person would have died without assistance, it could be argued the breach of the law was necessary.

Those interested in pursuing a similar approach in the U.S. should beware. Arguing that stealing meat and cheese is necessary would likely have a much lower chance of success in the U.S. than in Italy. One reason is that many legal experts say that poverty (or at least serious hunger) is largely avoidable due to the existence of social support systems, meaning the theft was not strictly necessary to avoid starvation.

Woman Beats DUI Charge Because Her Body is a Brewery

Police Department In One Virginia Town Focuses On Shoplifting