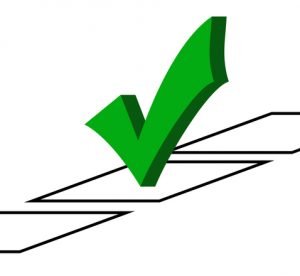 Earlier this month, President Obama signed a memorandum that would create a rule to be followed by the Office of Personnel Management, the department responsible for hiring many federal workers. The memorandum, which was done without the assistance of Congress, prohibits federal agencies from asking whether applicants for government jobs have a criminal record until the final phase of the interview process. Currently, agencies include questions about whether a person has been arrested or charged with a crime on the job applications, meaning it is one of the very first things an applicant sees when considering applying for a federal job.

Many groups have come out against this practice, saying that these kinds of questions in the early stages of a job interview process work to scare away otherwise qualified and capable employees. The Justice Department issued a statement on the President’s rule change wholeheartedly endorsing the decision, saying that early inquiries into criminal records often discourage motivated individuals who have served their time from even considering applying for a federal job. These questions also lead to the disqualification of potentially eligible candidates and fail to ask pertinent questions, such as whether the arrest is related to job performance or whether the arrest ultimately led to charges or a conviction.

The issue of banning the box is not a small one, as experts say more than 70 million Americans have some kind of criminal record. Additionally, 600,000 Americans are released from state and federal prisons each and every year. For all these people, simple tasks such as finding a job or housing can become monumental undertakings thanks to boxes that ask about previous criminal histories. This can mean that it becomes harder to reintegrate into society, which leads to recidivism, something that is bad for both the individual and society.

Reformers say that making it easier for the millions of people with criminal records to find work is a great way not only to improve their lives and the lives of their children, but to lower crime rates. Study after study has shown that that securing steady employment is a key factor in dramatically reducing recidivism. This marks a big step in the right direction on the federal level and follows action by 23 states which have similarly banned the box. As more and more states sign on, the hope is that more and more people benefit from opportunities they might otherwise have been excluded from.

Is Genuine Need Ever Justification For Committing Crime? In Italy, Maybe So