It’s often the most dramatic scene in any legal TV show or movie: the moment when the witness on the stand points to the person who committed the crime. Though this moment can make for great TV and is often portrayed as an authoritative identification, the reality is far murkier. Critics of current law enforcement practices involving witness identification say that reform is badly needed as innocent men and women go to prison due to faulty IDs. To find out more about the current process and the changes some say are needed, keep reading. 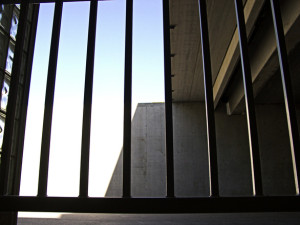 A good example of the problem that critics (chief among them, the Innocence Project) say needs to be addressed comes from North Carolina. Back in 1985, a man named Ronald Cotton was convicted of raping a woman due, almost entirely, to her eyewitness testimony. During a retrial that took place a few years later, the woman again ID’d Cotton as her rapist. It wasn’t until 1995, 10 years later, that DNA tests were done proving the identification was wrong and that Cotton was an innocent man. Interestingly, Cotton and his victim are now good friends and among the fiercest advocates for change to current eyewitness identification procedures.

The problem is not nearly as rare as you might imagine (or hope). The Innocence Project says that in over 70 percent of the cases where a defendant is later exonerated by DNA evidence, the convictions are based largely on faulty eyewitness identification. This means hundreds and thousands of people are forced to endure time behind bars all because another person got the ID wrong.

Advocates for reform are quick to point out that the misidentification is seldom the result of malice on the part of the victim. On the contrary, most victims are only trying to do the right thing and point out the person they believe is responsible for the crime. The problem is that law enforcement’s current procedures can sometimes stack the deck in a way that encourages misidentification.

A good example of this is that many law enforcement agencies produce photo arrays, usually of six people, and ask the victim to pick out the suspect. The problem with this approach is that rather than look for the perpetrator, people begin to compare what they remember against the photos in front of them. The Innocence Project recommends that officers show victims photos one at a time, making sure not to linger very long on any of them. Statistics show that if victims aren’t able to identify someone within as little as 10 seconds, accuracy begins to drop precipitously.

Another bit of advice from the Innocence Project is to have the person administering the lineup not be involved in the case, but someone who has no knowledge of the crime or suspects. That way, officers can avoid the risk of giving subtle hints or clues about certain people, something that witnesses may easily pick up on.

In the end, the goal isn’t to help criminals go free, it’s to ensure that the right people are arrested for their crimes. The hope is that this is something criminal reform advocates and law enforcement agencies have in common, the desire to put the right people behind bars.