In 2013, the U.S. Supreme Court heard an important case concerning the use of drug-sniffing dogs. As is often the case following an important Supreme Court ruling, states and lower courts have since struggled with how to implement the new rule and apply it to similar, though not identical, fact patterns. 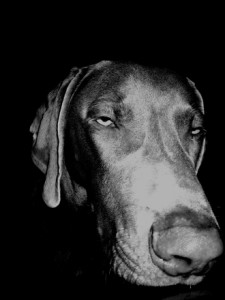 A good example of that struggle occurred recently in Iowa where the 8th Circuit Court of Appeals recently issued an important ruling that applied some needed constraints to the ability of law enforcement to use drug-sniffing dogs without a warrant. The case began when police officers used a drug-sniffing dog to patrol the area outside of a person’s apartment, coming within inches of the person’s window. The police never bothered to secure a warrant, knowing they lacked, at that point, sufficient evidence to justify a search.

Instead of going about the process the proper way, by taking their suspicions to a judge and asking that the judge authorize a search of the person’s home, the police decided to take advantage of a loophole in many states’ criminal codes that allow drug dogs to be used in common areas of apartment buildings and condominiums, while denying the police the right to do the same thing at a person’s private residence.

The defense appealed the conviction that resulted from the use of the drug dog, eventually making it before the 8th Circuit. The defense argued that the use of drug dogs in these common areas of apartment buildings and condo complexes is unconstitutional in that it violates the person’s Fourth Amendment rights to be protected from unreasonable search and seizure. The defense went even further and said the loopholes in criminal law that prevent police from using drug dogs at a private home, but allow the searches in multifamily units, is discriminatory. The justification for this claim is that the rule disproportionately impacts lower-income individuals who are far less likely than higher-income individuals to own their own homes.

Though the approach is a novel one, it was ultimately successful, with the 8th Circuit ruling that police were wrong to bring the drug dog within inches of a person’s apartment window without first securing a valid warrant. The Court ruled that the space outside the person’s window was not a common area as the government had argued. The reason is that there was no walkway leading up to the window; in fact, there was a bush and a grill there that prevented it from being easily accessed.

Though this represents a small victory, the reality is that more cases are needed to test the bounds of the 2013 Supreme Court case. For instance, will hallways in apartment complexes that are accessed without keys be seen as a common or uncommon space? In one recent case, police in North Dakota were allowed to sneak into an apartment building and walk a drug dog through the halls, all without a warrant. The invasive search led to an arrest and the person unsuccessfully appealed his conviction, losing before the North Dakota Supreme Court, which said such areas lacked the expectation of privacy. Given the recent 8th Circuit ruling, it seems likely that this and other cases will be reevaluated.