Dave Pollizi and his wife noticed something unusual while at their Lake Wylie home the Sunday after Thanksgiving.  Cars were parked in the backyard of the vacant mansion next door. 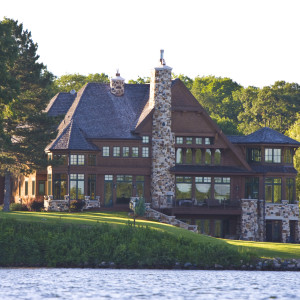 The $650,000 mansion, owned by former Carolina Panthers player Jeff Otah, has been vacant since the team released Otah in August of 2012.  Born in Nigeria, Otah moved to the United States at age seven and played his college football at the University of Pittsburgh.  After being selected by the Panthers in the first round of the 2008 NFL Draft, nagging knee problems ultimately derailed Otah’s career.  He finished his last three seasons with the team on injured reserve.

After observing the parked cars in Otah’s yard, Pollizi called 911 to alert authorities of a possible break-in.  York County sheriff deputies found a fifteen-year-old and two sixteen-year-olds inside the home.  The three teenagers were charged with trespass and possession of alcohol.

Because the deputies also found several cases of beer in the home, the teens were charged with possession of alcohol.  North Carolina takes alcohol-related offenses very seriously, and under the state’s “zero tolerance” approach to underage drinking, any person under the age of 21 who possesses or consumes alcohol may be convicted of an underage drinking offense.  Furthermore, these types of convictions can permanently tarnish a young person’s record and create major obstacles to obtaining education and finding a job.  Because the stakes are so high, it is extremely important to contact an attorney who has experience handling these charges.

As for the next step in the investigation, deputies are now trying to determine exactly how the teens came to be in possession of the alcohol.  When asked if the person who bought the alcohol could possibly be charged, Trent Faris with the York County Sheriff’s Office indicated that there is a strong possibility.

According to Pollizi, residents of the upscale Lake Wylie neighborhood are not taking this incident lightly.  “Definitely the neighborhood is alerted and everybody’s watching now,” he said.