NASA just reported that May 2016 was the hottest month our planet has ever had—and North Carolina’s sweltering temperatures have been no exception. Given that summer is now here it seems as good a time as any to remind people of the dangers of leaving small children and pets in hot vehicles. 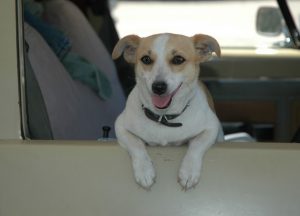 A vehicle with closed windows can roast to a scalding 90 degrees on a mild 70-degree day in as little as 10 minutes. So far this year, 11 children have died after being let in hot cars in the United States, nearly three times as many as this time last year. Portable pets, usually dogs, suffer in even greater numbers.

Besides avoiding these tragedies, it is also important to be aware of the “hot car” laws of the state in which you live. While 20-plus states currently have some sort of “hot car” law on their books prohibiting leaving children or animals in unattended vehicles, they vary widely in the level of protection provided— for the children and animals at stake, as well as the individuals who break into the vehicles to save them.

For example, Florida recently passed a “Good Samaritan” law making it legal for a person to break into a locked vehicle in order to save people or pets that appear to be in distress. The new legislation means that people who see a person or animal inside a hot car can smash a window to rescue them without facing legal action if the vehicle’s owner wants to sue them for damages.

The law doesn’t give citizen watchdogs the power to go around swinging their hammers willy-nilly—the would-be rescuer must have a reasonable belief that the vulnerable adult, minor or animal is in imminent danger; contact law enforcement immediately; only do as much damage to the vehicle as is necessary for the rescue; and stay with the person or animal until a first responder arrives.

A majority of states, including North Carolina, also have general Good Samaritan laws that give people immunity from civil lawsuits if they act in good faith to protect a life in an emergency.

However, North Carolina is also one of states that specifically permits only law enforcement, animal control or rescue workers to break into vehicles to rescue animals.

Civil damages aren’t the only thing potential rescuers might have to worry about—the criminal laws in some states permit good Samaritans to break into vehicles to save a child in distress, but not animals. Demonstrating this, in Georgia last summer a man was arrested for criminal trespass after breaking a woman’s car window to rescue her small Pomeranian mix who appeared to be in distress, although the charges were later dropped after considerable community backlash.

Criminal liability for the car owner

Meanwhile, the car owner has a much more definite criminal liability to worry about. A growing minority of states specifically prohibit leaving children and/or animals in cars unattended vehicles. In addition, even in states like North Carolina where it is not specifically illegal, prosecution can still occur through existing laws against child abuse or endangerment and anti-cruelty animal laws.

Even if you leave your windows down, air conditioning running, and water for a pet, you can still be held criminally liable. A Phoenix woman was arrested this May for doing just that—although admittedly it was for approximately five (5) hours on a 90-plus degree day.

Most states limit penalties for leaving animals in a hot car to misdemeanors or ordinance violations, although animal cruelty and child abuse or endangerment can carry much heavier penalties.