It’s something you may never have thought about: what impact does slow motion video have on your perception of an event? Your first reaction may be, nothing. After all, slow motion is just a helpful way of understanding what happened without losing details in a blur of activity. Though that sounds like a reasonable response, researchers indicate it isn’t true. A recent study showed that watching footage in slow motion can skew the viewer’s perception of the event, allowing them to infer intention where they might not have otherwise. 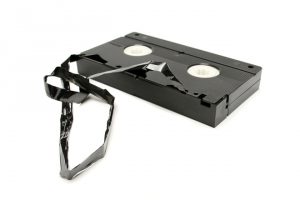 The research at issue was recently published in the journal PNAS. The study focused on the impact of slow motion video footage on criminal cases. As video has proliferated in recent years, so has its use in criminal cases. Surveillance cameras, dashboard cams, police body cameras and cellphone video are just some of the many examples of video footage available to prosecutors when assembling their case.

Though video footage, even when played in slow motion, may seem to be an honest depiction of events, the study shows that video can lead to distortion. Researchers indicate that viewers watching video in slow motion are three times more likely to convict a defendant of first degree murder than those who watched the exact same video at regular speed.

The study worked by having a group of volunteers watch footage of an armed robbery where a shopkeeper is murdered. One group was showed the video in slow motion and only in slow motion. Another saw the video in slow motion and then again at regular speed. The final group saw the video at regular speed. The results were shocking, with the group who watched the slowed down version was four times more likely to begin their deliberations ready to convict the defendant. In the end, the odds of a unanimous first degree murder conviction were 3.4 times higher than those who had seen the normal speed video.

Those who watched the slow version as well as the normal speed behaved noticeably different, only 1.55 times more likely reach a first degree murder verdict than the group who saw the normal speed video. So what accounts for the difference? Does slow really matter?

According to experts, the issue likely boils down to intention. Those who watched the video in slow motion had time to consider the person’s state of mind and often viewed the slow video through a different lens. Rather than seeing how quickly decisions are made, often in the blink of an eye, the slow video gives the impression that a lot of thought went into the behavior. This made it more likely for viewers to believe the defendant acted intentionally rather than in the heat of the moment.

Curiously, a similar experiment was done involving referees. The results found that those refs who watched slow motion footage were more likely to issue penalties to player than those who made decisions based on what they saw happening live. This additional time to consider someone’s actions and carefully scrutinize them appears to lead, almost invariably, to harsher punishment.

Streamers Beware, Sharing Your Passwords May Now Be A Federal Crime