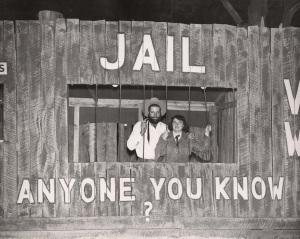 Both sides appear to missing or downplaying a larger issue that affects the voting rights of millions of Americans: the suspension of voting rights as a result of nonviolent felony convictions.

It seems these days that nearly everywhere I go, I am asked to identify myself. It is not enough that I state my name; I must prove my identity by producing documentary evidence of my identity. It is never enough that this evidence includes my name and other identifying information; the evidence must include a photo.

The commonness of this production and the wide variety of contexts in which I am asked to prove my identity has struck me as ironic. In all these different places and contexts, I must produce a photo identification; but not to vote?

North Carolina has been a focus of political protests and even a lawsuit brought by the United States Department of Justice over what the Huffington Post called “an array of voting restrictions” passed by the state legislature and signed into law by Gov. Pat McCrory in 2013. Attorney General Eric Holder called the measures some “of the most restrictive voting measures passed since the civil rights era.”

The law requires voters to produce evidence of their identity in order to vote. That evidence—whether a driver’s license or a state identity card—must include a photo.

In North Carolina, any person who has been found guilty of or pled guilty to a felony—whether the felony occurred in North Carolina or anywhere, with a few exceptions—is barred from voting. Voting rights can be restored, but felons must first seek to restore their citizenship rights—a sometimes costly and uncertain legal process.

Most people may agree with suspending the voting rights of a murderer, but thankfully our prisons are not filled with murderers. Instead, most persons confined to state and federal prisons—and most felons, for that matter—are nonviolent drug offenders. If you chose a poster child for the American felon, it would be the small-time pot dealer, not Charles Manson.

At least two United States Senators—Republican Rand Paul of Kentucky and Democrat Senate Minority Leader Harry Reid of Nevada—share this sentiment. Sen. Paul announced last week that he and Sen. Reid were working on legislation “that would restore the voting rights of felons who have completed their sentences for nonviolent offenses,” according to TheHill.com.

This is a step in the right direction. Those concerned with voting rights in North Carolina should petition our state legislature to pass similar legislation.