You thought it was July 4th weekend? You’re right, but it’s also “No Refusal Weekend” in Eugene, Oregon. Local and state police in Eugene plan to have prosecutors and judges on standby this weekend to obtain “blood draw warrants” against drivers who refuse to submit to alcohol content testing. 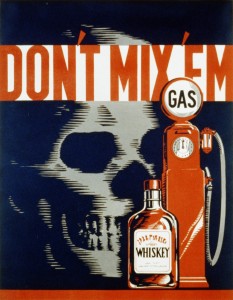 This will prevent “people from avoiding full accountability,” police said. The U.S. Supreme Court confirmed in a 2013 case that police must obtain a warrant before drawing a person’s blood, except in cases of emergency. That case was called Missouri v. McNeely.

The program in Eugene is unique because, evidently, prosecutors and magistrates will be available to issue warrants quickly. The local chapter of the American Civil Liberties Union gave its blessing to the arrangement; a representative said more warrants in blood-draw cases was a “good thing.”

This could be the dawn of the age of warrants en masse, as litigation in the wake of the McNeely decision may show.  Many people consent to blood draws. Lawyers are now arguing that McNeely requires courts to consider whether, in the totality of the circumstances, consensual blood draws done without a warrant are constitutional.

In an Arizona case, State v. Butler, the state’s Supreme Court held that a consensual warrantless blood draw must be voluntary from a Fourth Amendment standpoint. It upheld a motion to suppress in which a juvenile consented to a blood draw after an officer questioned him for two hours and told him he had to submit to the test. In a concurring opinion, a justice of the court wrote that the “safest course of action for law enforcement might simply be to obtain search warrants…  for obtaining blood samples in DUI investigations… [as] the default approach.”

In State v. Brooks, a Minnesota man argued that his consent to a chemical test was not voluntary because a police officer told him it was a crime to refuse. That state’s Supreme Court rejected the man’s claim, although in a concurring opinion, one justice wrote that “[i]t is hard to imagine how [the man’s] consent could be voluntary when he was advised that refusal to consent to a search is a crime.” The justice suggested that the man could have won his case had his arrest occurred after McNeely.

In North Carolina, most chemical testing of drivers is conducted without warrants because drivers are deemed to have consented to chemical testing by driving on state roads. This has been the case since the state Supreme Court’s 1979 decision in Sedars v. Powell. In addition, North Carolina law permits blood draws from unconscious persons.

In McNeely, the U.S. Supreme Court wrote that “compelled blood draws implicate a significant privacy interest.” The Court noted that most states prohibit or severely restrict nonconsensual blood draws. North Carolina law clearly allows it. In N.C. Gen. Stat. § 20-139.1(d1) appears on its face to permit what the McNeely court ruled unconstitutional: an officer obtaining a nonconsensual blood draw because of the “dissipation of the percentage of alcohol in the person’s blood or urine.”

The N.C. Court of Appeals held in a recent Constitutional challenge to that statute that the fact that an officer knew from past experience that getting a warrant for a blood draw would take four to five hours on a week night constituted an exigency justifying a warrantless, nonconsensual blood draw.

Amazingly, in its opinion, the Court of Appeals pointed out that, pursuant to North Carolina law, officers can obtain search warrants remotely. The Court suggested that the “video transmission” method of obtaining warrants “should be considered by arresting officers in cases… where the technology is available.”

That loops us back around to Eugene, Oregon. How long will it be before “No Refusal Weekends” come to a North Carolina road near you, featuring prosecutors and magistrates on standby via video transmission to help administer the issuance of warrants en masse?