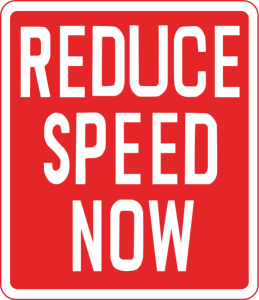 Phillips is due in court on February 20. At worst, she faces a fine and the imposition of four license points against her driver’s license. A driver’s license can be revoked in North Carolina if a driver accumulates twelve points within a specified time period.

According to WCNC, Phillips has been driving school buses for two years.

Sylvia Castillo, whose kids disembarked from the bus shortly before the accident, told WCNC that she thought the school bus drivers were safe drivers.

“It was a distraction,” Castillo said.

Commenters to WBTV’s reports on charges being levelled against Phillips appeared to agree, referencing Trooper Burgin’s admission that the storage compartment popping open was “an unfortunate distraction” and that the accident was not a result of “something [Phillips] was doing.” At least two commenters suggested Phillips was charged so that Gaston County Schools could escape liability for the accident.

“The only reason this driver is being charged is to keep the schools’ liability limited and to put the burden on this driver instead of the lousy mechanically unsound buses that they run,” commenter Mike Swaney wrote on WBTV’s Comments section on Thursday.

In order to be found guilty of reckless driving in North Carolina, the State must prove that a person operated a motor vehicle “carelessly and heedlessly in willful or wanton disregard of the rights and safety of others,” or “without due caution and circumspection and at a speed or in a manner so as to endanger any person or property[.]”

Another WBTV commenter—Jason Head—suggested that the stretch of road on which the wreck occurred does not contain adequate warning signs.

“[I]f you’re not from around the area and you hit those curves above the speed limit, it’s pretty much a done deal,” Head wrote.

Phillips was likely familiar with the curves since she probably drives them every day. It is less likely that she was acquainted with trying to navigate the curves while dealing with an overhead storage compartment door that flew open in her face.