Charlotte Criminal Lawyer Brad Smith of Arnold & Smith, PLLC answers the question “What is an expungement?”

A very sad case out of Michigan recently made headlines involving a 13-year-old boy on trial for murder. The case is especially tragic because the 13-year-old stands accused of killing a 9-year-old, stabbing him to death at a neighborhood playground. 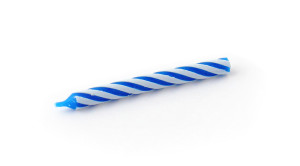 The case garnered significant attention when it happened last year. The defendant was 12 at the time and has since been deemed an adult in the juvenile court system. Under Michigan law, this means that the boy, if convicted of murder, will serve out a sentence until he reaches 21 in the juvenile system, at which point he will be resentenced as an adult.

So far, a jury has been selected and preliminary matters are nearly complete. Experts believe opening statements will begin tomorrow and the case will progress the rest of the week. Two issues that will be central to the case involve the boy’s age and his mental health.

What’s the age of criminal responsibility in North Carolina?

In North Carolina, one year can make the difference between whether a young offender is sent to the juvenile justice system and receives help and hopefully makes a recovery, or is banished to the adult court system and receives only punishment. The law says that those between the ages of 6 and 12 who commit any offense are to remain in the juvenile court system, with no option to transfer the case to the adult system. This changes at 13, in North Carolina, 13 to 15-year-olds who commit certain felonies (B through E) begin in the juvenile system, but have an option to be transferred into the adult system depending on the particular facts of each case. For those 13 to 17-year-olds who commit A felonies, the law mandates that they be assigned to the adult justice system.

North Carolina has the unfortunate distinction of being one of only two states that prosecutes 16 and 17-year-olds as adults. This applies to all criminal issues, whether minor traffic violations or serious felonies. Many have urged legislators to have this increased to 18, something they say will better protect children from adult criminal records and from being placed in dangerous jails and prisons with older, more seasoned criminals. Giving adult criminal records to teens makes it that much more likely that the kids will become frequent flyers in the criminal justice system, introducing them to the system at a young age rather than placing them in the juvenile system and attempting to teach them tools to avoid recurrent problems.

Though some believe that older teens are sufficiently mature to handle adult criminal punishment, researchers appear to be coalescing around the idea that a teen’s brain still has a lot of growing up to do. Brain scans indicate that cognitive development does not finish until a person is around 25. Sixteen and 17-year-olds are far closer to children, mentally, than adults, despite their size or swagger. At this age, the children are still developing and changing and, as a result, are highly receptive to behavioral modification. Research has even shown that in states where teens are charged as juveniles, the adolescent crime rate actually decreases, with teens getting intervention and treatment to address the source of the problem rather than simply receiving punishment.

Insanity, knowledge of right versus wrong tested in trial of American Sniper’s killer