The Florida Supreme Court recently ruled to permanently disbar two Tampa civil attorneys for one of the most movie-plot-level setups the Court said it had ever seen: setting up their opposing counsel for a DUI arrest in the middle of trial. 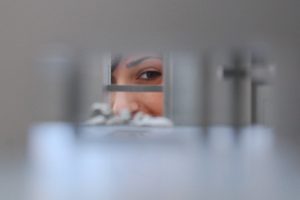 Adam Filthaut and Robert Adams were defending a local radio station and one of its disc jockeys in a high-profile civil suit for defamation brought by another local disc jockey. The lawsuit had been ongoing for five (5) years and had received considerable attention from the Tampa media, although that coverage pales in comparison to what the two disbarred lawyers have been facing since.

The players in the saga are as follows: Filthout and Adams worked for the firm Adams & Diaco, P.A., along with a third attorney, Stephen Diaco. Melissa Personius was a paralegal for Adams & Diaco. Opposing counsel in the disc jockey case were Phillip Campbell and Johnathan Ellis.

One night in late January of 2013, the radio station case was in the middle of trial and had recessed for the evening. Campbell and Ellis walked to a nearby steakhouse for dinner and a drink.

Unbeknownst to the two opposing counsel, Personius the paralegal happened to be at the steakhouse with a friend. She stepped out to call her bosses and report. After being filled in, Filthaut then rang a friend who worked as a sergeant with the Tampa Police Department to tell him Campbell was at the steakhouse drinking and might just happen to drive while impaired later that evening.

Apparently at her bosses’ instruction, Personius returned to the steakhouse bar, taking a seat next to Campbell. She told the attorneys she was a paralegal but lied about the firm where she worked. The Florida Supreme Court judge examining the disbarment case found that Personius “openly and obviously flirted” with attorney Campbell for the next while, encouraging him to drink and purchasing him drinks. All the while, Personius, Filthaut, Adams and the police sergeant continued communicating behind the scenes about the events unfolding at the steakhouse. A stakeout was erected near the steakhouse.

By 9:45 p.m., the other patrons in their group had departed. Personius had learned over the course of the evening that Campbell had walked to the steakhouse and planned to walk home, as he lived just a few blocks away. Personius, who numerous witnesses testified appeared intoxicated, insisted that she needed to retrieve her car from valet parking. Campbell offered to call her a cab and she refused. Campbell confirmed with valet parking that she could leave her car overnight, which she also refused, insisting that it needed to be moved to a secure public parking lot where she could more easily access it the next day.

You can probably guess at what happened next. Campbell reluctantly agreed to move the paralegal’s car to a lot a few blocks away and call her a cab from there. Filthaut’s friend the police sergeant pulled Campbell over shortly after his leaving the steakhouse parking lot and arrested him for DUI.

The next morning, Diaco, who was also disbarred earlier this year for his involvement in the shenanigans, wasted no time whatsoever in telling the press what an embarrassment to the legal system Campbell was, after his DUI arrest caused the disc jockey trial to be postponed. It didn’t take long before opposing counsel discovered the Personius the paralegal’s true identity and set the ball rolling on an ethics panel investigation into the happenings of that evening.

Filthaut now runs an auto-glass business; there is no word yet on what Adams is doing after being stripped of his credentials to practice law. Meanwhile, the DUI charges were dropped against Campbell and he is a partner for a business litigation firm in Tampa.