It has long been the case that police can claim they smell marijuana in order to gain the probable cause needed to search your person, vehicle or other personal property you have with you in states where the substance is still illegal. 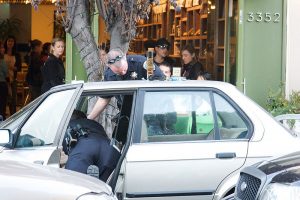 However, a new case out of the North Carolina Court of Appeals has ruled that the smell coming from a vehicle,  by itself, does not give law enforcement the right to search the people inside.

The outcome of this is nuanced—it doesn’t mean that police can’t still search you if they assert that they smell an odor of marijuana coming from your person. It also doesn’t mean that law enforcement can’t search your person if certain other factors give them probable cause that you have committed a crime. To understand what this specific holding applies to, an examination of the case facts is helpful.

Police stopped Michael Pigford’s car at a license checkpoint in Lenoir County. The police officer noticed the smell of marijuana emanating from Pigford’s open driver-side window. This gave the officer, under previous case law, the right to order Pigford out of the vehicle and search him, which he did. The officer discovered a dollar bill and straw with cocaine residue in Pigford’s back pocket, at which point police arrested him, placed him in the patrol car, and proceeded to search Pigford’s vehicle.

Officers then found a stolen handgun and bag of marijuana in Pigford’s car.

Before trial, Pigford’s attorney moved to suppress the cocaine evidence found on his person. The court denied the motion, adhering to the State’s reasoning that the odor of marijuana establishes an emergency circumstance exception to the Fourth Amendment’s bar on unreasonable searches.

It is well-established that the odor of marijuana justifies a warrantless search of a legally stopped vehicle. This is due to a vehicle’s 1) ready mobility, and 2) reduced expectation of privacy. Because motor vehicles capable of traveling on state roads are routinely regulated by the government, this decreases the amount of privacy a person can expect in their car.

Prior to Pigford’s case, police would also count the scent of marijuana in a person’s car as an emergency circumstance that justified a search of the person. Examples of exigent circumstances include concerns for officer safety (i.e. if they suspect you are armed) and the imminent destruction of evidence.

It should be noted that Pigford, on appeal, was only seeking to exclude the cocaine evidence found on his person. He did not contest the fact that the officer had the probable cause necessary to search his vehicle, so the marijuana and gun evidence against him still stands.

The timeline of events in Pigford’s case is also extremely important. Note that the officer searched his person before searching Pigford’s vehicle. The car’s smell gave the officer probable cause to search the vehicle only—but if police had searched the vehicle first, the other evidence they found there would have given them the right to search Pigford pursuant to his arrest.

However, for Pigford, and many defendants in the days and years to come, this is still a new and important precedent.

Of course, the decision is not a home run for defendants and their advocates, and does not change the irrefutable fact that riding clean and sober is your safest bet. If police pay attention to the narrowly-drawn opinion, it just means an officer will need to assert that they smell marijuana coming from the suspect’s person as opposed to their vehicle to justify a personal search.