The Chief Prosecutor of the International Criminal Court (ICC) recently announced that people responsible for serious environmental crimes could be prosecuted by the court. The announcement represents a shift for the ICC, which has long focused on prosecuting warlords and tyrants for crimes committed against humanity. 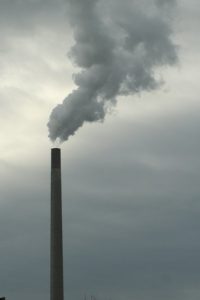 According to the Chief Prosecutor, it’s time that people began seeing environmental crimes as serious as other kinds of criminal behavior and as deserving of correspondingly serious punishment. The ICC noted that it’s not changing its mission, it’s merely recognizing that individuals who commit atrocities by destroying the environment in which people live and depend as serious an atrocity as nearly any other. Specifically, the ICC has said it will prioritize cases involving illegal exploitation of natural resources, environmental destruction and land grabbing for prosecution.

Though the news may be surprising to some, the ICC has little relevance to Americans as it is an international, rather than domestic, judicial body. Given this, you may wonder what happens when environmental crimes occur in the U.S. Though you’ve likely heard of some especially egregious pollution cases making the news, these almost always ends in fines or other civil penalties. What about criminal implications? Can you go to jail for environmental crimes?

The answer is a resounding yes, something that may surprise many people. According to numbers recently released by the EPA, 185 Americans were convicted of environmental crimes last year. The 185 people were collectively sentenced to 129 years in prison, averaging an eight-month prison stay for each person.

What crimes are people prosecuted for in the U.S.? The EPA says that its goal is to focus on high impact, complex cases which hopefully do the most good in the long run. In fact, the EPA only brought charges against 213 individuals last year, down substantially from the nearly 400 charges brought in 2011. Though the number of cases has dwindled, the track record of the agency continues to get stronger, given that it was able to secure 185 convictions out of the only 213 charged. The EPA targets those responsible for spilling coal ash, for polluting public waterways, those who produced fake biofuels and individuals who illegally and improperly cleaned up asbestos.

In addition to jail time, the agency also seeks financial compensation from those who’ve broken the law. In 2015, the EPA brought in $88 million in fines, $112 million in restitution and secured over $4 billion in court-ordered environmental cleanup projects. Between the millions in fines and potential for serious jail time, those thinking about engaging in a little environmental destruction should think again. Though environmental crimes may not seem as serious as other violent or drug-related offenses, the reality is you can face real punishment for committing eco-crimes.