Tribal territory in Cherokee, North Carolina is closer than any other area in North Carolina to legalizing marijuana for its citizens. A group called Common Sense Cannabis (CSC) is conducting a survey, to be presented to the tribal leadership, asking the reservation’s residents what they think of medical marijuana. 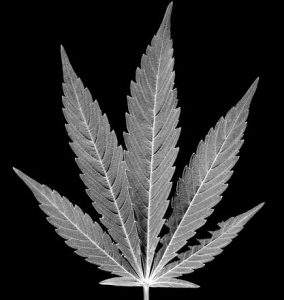 The narrowed study began after tribal leaders shot down a proposed survey of the pros and cons of personal, industrial and medicinal marijuana use on the reservation. CSC indicated that a majority of Cherokee residents support medical use of the drug but there is less support for personal use.

Neither would have been a valid possibility for the reservation before 2014, when the U.S. Department of Justice released a memorandum to all U.S. Attorneys (federal prosecutors) instructing them to consult with tribal leadership when applying federal marijuana laws.

The federal government recognizes Native American reservations as sovereign territories, which ostensibly gives residents the right to govern themselves. In practice, however, federal and state governments have struggled for years to ascertain just how far a reservation’s sovereignty can go.

Complicating matters, the issue of marijuana legalization on non-sovereign land has proven complicated enough for the federal and state governments to grapple with in recent years. More than half of the states now have some form of legal medical marijuana, while the federal government still classifies the drug as a Schedule I substance, the most regulated class of drug.

This utter contradiction in state and federal laws has caused profound confusion within the states. An earlier directive from the DOJ, called the Cole memorandum, addressed how Feds should approach federal prosecution of marijuana sale or possession in states that had legalized it. The Cole memo was the basis for the 2014 memo regarding enforcement on Native American reservations.

Both policy directives were hailed in pro-legalization circles as the end of federal enforcement of marijuana laws. Don’t celebrate just yet though—both memos were careful to point out that they did not take away the federal government’s jurisdiction to enforce federal law on Native American lands.

In reality, the federal government has continued to pick and choose low-level marijuana crimes to prosecute, including in states where voters have legalized pot. Last year, federal prosecutors stuck 2,349 individuals with marijuana charges. Possession of any amount is federally punishable by up to one (1) year in jail, a $1,000 fine and a criminal record.

As recently as this April, an Oregon teenager was charged with federal possession of the drug despite the fact that personal use is legal in that state. A federal marijuana case has not been prosecuted in Oregon since 2011.

The news may not all be grim, however. Federal prosecutors may have decided to go after the 19-year-old because under Oregon’s law, the teen could not have legally possessed pot because of his age. State law there requires that a person be 21 or older to possess and use marijuana recreationally. The first of the eight (8) priorities listed for federal prosecutors in the Cole memorandum was “preventing the distribution of marijuana to minors.”

Cherokee leaders may be reluctant to open its citizens up to such, albeit select, prosecution. Legalized marijuana would undoubtedly provide much-needed economic stimulus for the many reservations disproportionately affected by poverty. However, like some other minority communities, Native American reservations also struggle with high levels of over-incarceration, and tribal leaders have indicated that drug addiction is a prevalent issue already for some of its citizens. Publicly legalizing marijuana could only draw more federal scrutiny to these supposedly sovereign lands and their people.