A recent incident in Wilmington highlighted an area of legal uncertainty. The case involved an Uber-driving criminal defense attorney, a smartphone and an irritated police officer. Though this particular dispute was resolved with a public apology by the Wilmington Police Department, it begs bigger questions about how other similar incidents might be handled in the future, especially if a case were to make its way to court. To learn more about the legal issues surrounding recording police officers in North Carolina, keep reading. 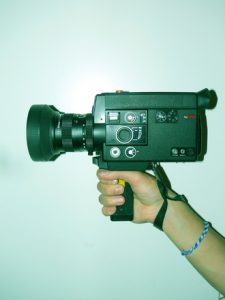 First things first, let’s discuss the recent incident in Wilmington. An Uber driver who also happens to work as a criminal defense attorney got pulled over by the cops. He turned on his phone to record the interaction for his protection. The officer told him to turn off the phone, falsely claiming that a recent state law had been passed making it illegal to record police officers. The man knew his rights and refused to comply and, after conducting an illegal search of his vehicle, the officer let him go. Subsequently, the Wilmington Police Department issued an apology, stating that citizens do in fact have the right to record such encounters and that officers in the department would be made aware of this right. Going even further, the police chief said that he welcomes recordings, something that he believes creates safety for officers and citizens alike.

Now let’s backup a bit and consider what the law says. Importantly, North Carolina is a one-party consent state. This means that so long as one party to an encounter consents to having the encounter recorded (by audio or video) then the recording is lawful. Though it’s nearly impossible to record police officers in states that require two-party consent, the law in places like North Carolina help clear this initial legal hurdle.

What about police officers? Are the rules different when it comes to them? This is where things get a little tricky. As the Wilmington Police Department said, taking photographs and videos of people that are in plain sight, including police, is your legal right. Though it is encouraging that the police have acknowledged the ability for citizens to record officers, there is a still a problem with how this gets interpreted in court.

Several federal appeals courts have heard cases regarding recording police officers and all have ruled that the First Amendment affords protection to citizens to record officers who are performing their duties in public. Though there’s no explicit disagreement with this concept, the Fourth Circuit Court of Appeals (which includes North Carolina), has a muddy history with the issue.

Years ago the Court affirmed a lower court ruling that held that the First Amendment protects the video recording of police officers on duty. Though this would seem to be a slam dunk win, the twist was that the lower court blocked suit against the officer involved who had arrested someone for making a recording, saying that the officer was protected by qualified immunity. The idea behind this is that while the officer did violate someone’s rights, those rights were not yet clearly established and thus qualified immunity should shield the officer from damages. Since then, a question has lingered about whether the right has become “clearly established” and thus enforceable against officers in court. Though we don’t have a definitive answer, the fact that the police departments themselves now acknowledge the right of citizens to record police is a good indication that the First Amendment protection is in fact sufficiently well established.