If you’re a regular drinker you might be familiar with your state’s blood alcohol concentration (BAC) limits. This number is quite important after all, as even a few percentage points can make the difference between being deemed a criminal or a responsible social drinker. The BAC limit measures how much alcohol a person has in his or her system at a given time and this number is used as a proxy for the person’s overall level of intoxication. The idea is that the higher the BAC, the more likely it is that the he or she is dangerously impaired and presents a risk to themselves or others on the road. 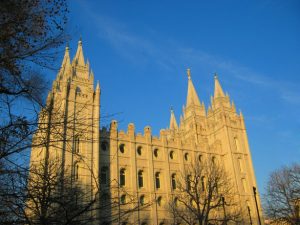 In North Carolina, the law says that anyone with a BAC of 0.08 can be found guilty of drunk driving. There are a few narrow exceptions to this broad requirement, including for young drivers and commercial motor vehicle operators. North Carolina’s BAC limit isn’t controversial, in fact, it’s the widely accepted norm. Until just a few weeks ago, every single state in the nation had the same 0.08 limit. Now, thanks to the governor of Utah, North Carolina only has the company of just 48 other states.

So what happened in Utah? The legislature earlier this year made the bold decision to pass a tough new law lowering the legal BAC. The governor was ultimately convinced to sign and the measure has now passed and will go into effect at the end of 2018. The law says that the state’s BAC limit is now 0.05 percent, rather than 0.08. This makes Utah a true outlier and the strictest state in the country when it comes to drunk driving.

The decision to push for the legal change appears to have had such success given the religious makeup of the state. In Utah, 60 percent of voters are Mormon, and Mormons don’t drink alcohol. In other states with more religious diversity, many believe it would have been difficult if not impossible to pass such a measure. Though that hasn’t stopped some groups, particularly the National Transportation Safety Board, from trying.

Critics have come out in force against the new law, with the powerful liquor lobby, restaurant associations, hotels and tourism boards condemning the change. They believe this shift could cost the booming state hundreds of millions of dollars in lost tourism revenue. The concern is that those eager to vacation in Utah are dissuaded from doing so, fearing that the strict new rules could result in an arrest, rather than a good time. Tourism boosters say the law furthers the idea that Utah is an insular place hostile to outsiders with different values.

Others have criticized the bill for being too strict from a technical and scientific perspective. The new limit means that even those who were attempting to drink responsibly could find themselves getting charged with drunk driving. Now, a man could exceed the 0.05 limit after consuming only two beers. A small woman could find herself legally impaired after only one alcoholic beverage. The new low limit makes the prospect of dinner and drinks a dicey and potentially criminal proposition.

Curiously, this isn’t the first time Utah has found itself as the first mover when it comes to BAC limits. More than 30 years ago, states had considered lowering the then standard 0.10 percent limit, but no one was willing to take the first step. Utah finally did, dropping the legal limit to 0.08. Many wonder if the recent effort speaks to what is to come, with the other 49 states eventually and reluctantly coming on board. We’ll have to wait and see.