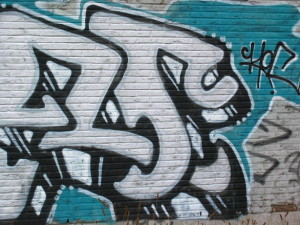 The recent decision by the Tennessee Court of Criminal Appeals concerned a May 2012 case of attempted murder that occurred in Knoxville, TN. A group of four people, three of whom were members of the Five Deuce Hoover Crips gang, participated in the crime and were all later convicted of attempted second degree murder as well as several other related offenses.

What came next is what led to the ultimately successful appeal. Though all were convicted of the same crime, prosecutors relied on the state’s gang enhancement law, which allows judges to hand down stiffer penalties to those in gangs, to ratchet up the punishment. The three gang members were sentenced to 23, 37 and 40 years in prison. The fourth person, and only non-gang member, was sentenced to 11 years behind bars.

The defendants appealed their convictions and their sentences, arguing that the gang enhancement was unfair. The case eventually made its way before the Tennessee Court of Criminal Appeals, which struck down the sentences, but affirmed the convictions, dealing the defendants a partial victory.

According to the Court, the gang enhancement law is unconstitutional in that it violates the due process clause of the 14th amendment. The specific problem with the law is that it imposes mandatory punishment on gang members by imputing him or her with responsibility for the criminal activity of the entire group, without requiring that the particular defendant had any knowledge of the activity.

Another problem with the gang enhancement law according to the Court of Appeals is its breadth. Nothing in the description of the law specifies that the enhancement is limited only to those in violent criminal gangs. As a result, the Court says that the law could be used to enhance sentences for those in a fraternity. In such a case, a group who engaged in underage drinking could find themselves suffering serious criminal penalties due to their “gang” affiliation.

Criminal defense attorneys have rejoiced at the ruling, saying that they intend to file dozens of appeals. Unless the state Supreme Court overrules the recent decision, it seems clear that the prior gang-related sentencing enhancements will be tossed out. Perhaps unsurprisingly, prosecutors have expressed their dismay at the verdict and said that the gang enhancement rule has been a popular tool for combatting gang violence. In Knoxville alone it has been used to prosecute more than 60 cases.