Virginia’s Supreme Court ruled this July that its governor’s decision to restore voting rights to over 200,000 felons violates the state’s constitution. The court ruled 4 to 3 that Gov. Terry McAuliffe overstepped his executive powers when he issued an en-masse order in April that restored voting rights to all of the state’s ex-offenders who are no longer incarcerated, on probation, or on parole. 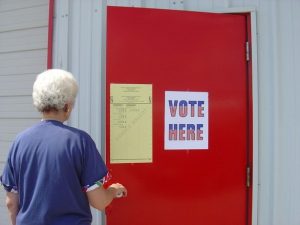 Virginia’s status as a crucial swing state means the decision could have significant impact in the upcoming presidential election, although Gov. McAuliffe has since vowed to restore the rights of those felons on an individual, and thereby constitutional, basis. Since it is an election year, now also seems as good a time as any for a look at the current state of voting rights for those with a criminal conviction on their record.

Since the days of the Founding Fathers, debate has ensued in the United States about whether voting is a right or a privilege. Although voting rights have obviously come a long way in the last 240 years, millions of individuals are still stripped of their voting rights each year through criminal disenfranchisement, or the taking away of a person’s civil rights once they are convicted of a crime. Despite the voices of voting rights advocates and numerous courts over the years that courts are hard-pressed to define a state interest that is served by laws that disenfranchise the civil rights of people convicted of crimes, the mechanism is still alive and well, to varying degrees amongst the states.

Others require even more before a person with a felony record regains the right to vote: 20 states, including North and South Carolina, require a person to complete their terms of parole and probation after their serving their incarceration term before voting rights are restored. Finally, in 10 states including Alabama, Kentucky, Mississippi and Tennessee, a person runs the risk of losing his or her voting rights permanently depending on the state, the crime of which they were convicted, the time that has elapsed since they completed their sentence, and other variables.

In addition to the hefty restrictions states put on the right to vote for those with a felony conviction, a total of 10 states and the District of Columbia place a variety of restrictions on those serving time for certain or all misdemeanor convictions. In the remaining 40 states, including North Carolina, individuals incarcerated on misdemeanor convictions may vote via absentee ballot.