We’ve discussed before the impact that technology can and will continue to have when it comes to criminal investigations. Just recently, police in Arkansas made use of an Amazon Echo to contradict the story of a suspect whose friend was found dead in his home. Police have far more sources of information and evidence than ever before, something that could have a real impact on future criminal investigations. 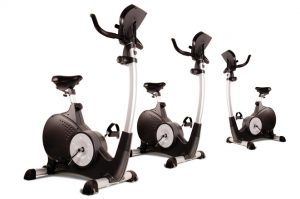 A good example of this trend occurred recently in Connecticut where a man was charged with murdering his wife. What ultimately led police to that conclusion? Evidence collected from the woman’s Fitbit. The case began after the husband called police claiming that a man had broken into their house, tied him to a chair, tortured him and then murdered his wife. Police asked the husband to provide a detailed account, which helped them establish an initial timeline.

According to the husband, he returned home between 8:45 and 9 after forgetting his laptop, heard a noise upstairs and discovered an intruder. The intruder tortured him and tied him to a chair. When his wife returned home from an exercise class, the husband says he warned her to run, but it was too late as the intruder shot and killed her. Finally, the man says he was able to crawl away and hit the panic button on his home alarm a little after 10 a.m.

Police were skeptical after finding no evidence of a home invasion and set about collecting electronic evidence to verify or contradict the husband’s timeline. Using social media data, home alarm information and Fitbit data, they realized that things didn’t add up. First, it showed the garage door opened and the wife’s Fitbit registered activity a little after 9:20, indicating she had arrived home from the gym. Between 9:40 and 9:46, she was posting videos to her Facebook page from her smartphone while connected to the home IP address. She proceeded moving, and police say she walked 1,217 feet between 9:20 and 10:05 when movement stops. If the husband’s story was true, she should’ve only walked about 125 feet from the garage to where she eventually died.

The evidence appeared damning and only got worse when police discovered that the husband had been carrying on an affair and impregnated another woman. Only days after the incident, the husband also tried to make a claim on his wife’s insurance policy for nearly half a million dollars. He’s now been charged with an array of crimes, including murder, and is expected to appear in court soon.

The Connecticut case is only one particularly glaring example of how Fitbits and other wearable technology can play a role in criminal cases. In another incident, a woman from Pennsylvania claimed that she was attacked by a man carrying a knife while she slept in a home owned by her employer. Police came and searched, but turned up empty handed. A subsequent investigation revealed that the woman had been walking around in the time before calling police, during which she had claimed to be fast asleep. She’s now been charged with making a false report.