Though sticks and stones may break our bones, words are never supposed to hurt us, right? The reality is that words hurt all the time and when they do, they can sometimes cause serious damage. In the legal world, cases involving hurtful words and accusations fall under the umbrella of defamation or libel. 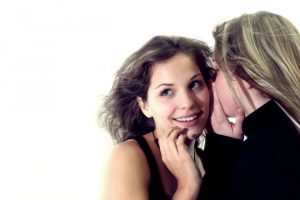 Ordinarily, if someone says something defamatory or libelous, then the victim of the libelous speech is entitled to file civil suit. The idea here is that the victim suffered harm at the hands of the offender and is now allowed to sue to recover damages for the harm done. If the person is able to prove that the offender said something that caused harm and did so with knowledge that it was false, he or she can collect potentially substantial personal injury damages.

Something that many people may not be aware of is that in some states, you can go a step farther and bring criminal charges against a person for libel. Experts say approximately a dozen states have criminal libel laws. Among these states is Montana, where an interesting example is currently playing out. In that case, a man ran against a sitting judge and accused the judge of egregious misconduct, saying the judge was unfit for the position and mentioned several incidents involving drug use and improper conduct with litigants as justification for the allegations. The sitting judge was, unsurprisingly, none too happy with the accusations and has now taken action against the challenger.

Earlier this year, local police in Missoula began investigating the case and revealed that the judge had filed a criminal defamation complaint against his former challenger. The police began digging into statements made during the election campaign and wanted to get the names of those who provided the information to the challenger in the first place so they could conduct further interviews into the alleged libel.

The challenger/alleged libeler is now challenging the criminal charges and argues that Montana’s criminal libel law is unconstitutional. The issue with is that it differs in an important way from the other handful of states with criminal defamation statutes. The problem is that in Montana, there is no requirement that prosecutors prove that the speaker knew his or her statement was false (or recklessly disregarded doubts about the truth of the statement). Instead, the law only says that the person must have knowledge that the statement would expose the other person to “hatred, contempt and the like”, but says nothing about the statement being true serving as a defense.

Experts believe that now that the Montana law is being challenged it is possible it will be found unconstitutional as violating the First Amendment. If that’s true, then the statute is likely to be struck down and the legislature will need to decide if they want to rewrite the law with more clarity or join the majority of states that do not allow for libel prosecution.