You’ve heard it a million times before, someone who may be in a bit of hot water says they’re going to “plead the Fifth”. It’s happened most recently with President Trump’s former National Security Adviser Michael Flynn. The Senate Intelligence Committee asked him to come and testify about issues relating to his connections with Russia and it was just revealed that Flynn will be pleading the Fifth, refusing to testify to the Committee or turn over any documents related to the issue. So what exactly does it mean to plead the Fifth and how does it work? To learn more, keep reading. 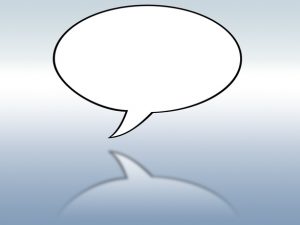 What is the Fifth Amendment?

First things first, what is “the Fifth”? The Fifth refers to the Fifth Amendment of the U.S. Constitution, a small part of what’s known as the Bill of Rights. The Fifth Amendment actually does a lot of things, such as preventing people from being prosecuted twice for the same crime and forcing prosecutors to present evidence to grand juries. In addition, the Fifth Amendment includes a protection preventing individuals from being forced to incriminate themselves. This means that a person cannot be compelled to testify against him or herself in a criminal matter.

Why can you plead the Fifth before the Senate? It isn’t a criminal court, after all

The Fifth Amendment is designed to prevent people from being forced to incriminate themselves in a criminal proceeding. Though this usually occurs in criminal court, that isn’t always the case. Though the Senate Intelligence Committee isn’t conducting a criminal investigation, the Fifth Amendment still offers Flynn protection. This is because it protects individuals from being compelled to produce evidence that could eventually be used against them in a criminal case. If Flynn testified and provided documents to the Senate Intelligence Committee that demonstrated his guilt, that same evidence could later serve as the basis for criminal charges.

Are there exceptions to the Fifth Amendment?

There are a few things that should be kept in mind when it comes to the Fifth Amendment. First, it does not generally cover civil cases. That said, a person could argue that the testimony offered before a civil court could be used against them later in a criminal setting. In the end, a judge may have to rule on whether pleading the Fifth is allowed in such a case. The Fifth Amendment also doesn’t apply to corporations, meaning that corporate entities don’t have the right to being protected from self-incrimination.

Does pleading the Fifth mean that you’re guilty?

It’s important to note that pleading the Fifth absolutely does not mean that a person is guilty. Innocent people can have perfectly valid reasons for pleading the Fifth. The most common reason is that even if you’re innocent of what you’re being accused of, you fear that information you reveal could be twisted and used against you by prosecutors in other ways. For example, ambiguous answers, even if truthful, could be misconstrued and you might decide you’re better off not testifying to avoid having your own words later used against you.

Are there other ways to plead the Fifth?

Though people don’t realize it, you can plead the Fifth without actually standing up and saying “I plead the Fifth”. It happens all the time in criminal trials when the defendant chooses not to testify. By choosing not to speak on your own behalf, you’re silently invoking your right not to serve as a witness against yourself.

States Where Speech Is A Crime