It’s something relatively few people have experienced (thankfully), but if and when you do, the practice likely comes as a terrible surprise. Police, unbeknownst to many, have the right in many states to stop people and seize assets they believe might have some connection to a criminal act. These seizures can take place without first convicting a person of committing a crime and, in some cases, even without ever charging the person with a crime. The practice likely seems shocking given that it appears to run counter to one of the foundational ideas of the American criminal justice system: that all people should be treated as innocent until proven guilty. 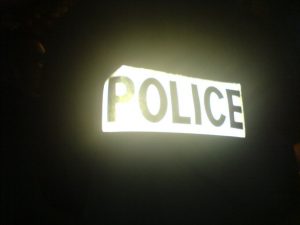 The practice is known as civil asset forfeiture and it’s become a cause of concern in Iowa, where a variety of groups have come together to push legislators into action, demanding that they take steps to curtail previously unrestricted authority by police to seize virtually any asset, at any time, for any reason. The previous system was viewed as broken by people from all sides of the political spectrum, with the police allowed to run roughshod over the rights of those they encountered, often during traffic stops.

To address the concerns regarding current civil asset forfeiture, the Iowa legislature drafted a bill, known as Senate File 446 to try and create some semblance of order. Though many believe the measure is better than nothing, most agree that it amounts to a half measure at best, failing to truly reign in egregious conduct.

For one thing, the law creates a new monetary limit of $5,000, saying that law enforcement officials are not longer allowed to use the state’s civil asset forfeiture law to seize property valued at less than $5,000. According to a survey conducted last year, there were 822 cash forfeitures in Iowa in 2016 that amounted to $2.6 million in revenue for local law enforcement agencies. The average value of each seizure was $3,217, meaning the new law would appear to impact a majority of cases. Though this sounds good in that it prevents offers from simply taking money from someone’s wallet, it also means that if you happen to have property worth $6,000, it remains fair game for police.

The rationale behind the rule is that those with more valuable property are more likely to be able to afford legal representation so they can sue to recover the seized asset. Critics, understandably, say the thinking here is all wrong. The default position is that police can take what they want, forcing individuals into having to assert their rights over their own property. Even if you do have the money for an attorney it doesn’t mean you should have to spend it to force the police to return property they shouldn’t have taken in the first place.

Though the change concerning monetary value is at least a step in the right direction, in other ways, little action was taken. For instance, the new law still fails to require either a conviction or even a criminal charge before forfeiture is allowed to take place. Law enforcement agencies are also allowed to retain any property seized, meaning police officers continue to be directly incentivized to collect more and more property, boosting the fortunes of their precinct.

The lack of substantive action to overhaul the system means that abuse will likely continue to occur. Just last year, two California gamblers had $100,000 in casino winnings seized by state troopers who thought the cash was suspicious. After a lengthy lawsuit, the state returned $90,000 of the seized money. In another case, police seized $33,000 from a business owner after police suspected that she had been structuring deposits to avoid federal reporting requirements. She was never charged, yet was forced to spend more than $67,000 in legal fees to try and regain control of the $33,000. Sad cases like this one are, unfortunately, likely to continue given the new law, which is so similar to the old one.