As technology improves, it’s all but guaranteed that some enterprising criminal will find new ways to perpetrate crimes. After all, where there’s a will, it won’t be long until there’s a way. Though technological advancement has proven useful for those perpetrating crimes, it’s proven to be even more of a boon for those investigating criminal matters. Police have stayed several steps ahead of the courts, taking advantage of ambiguities in the law to use technology for their benefit. 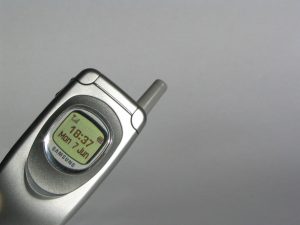 Thankfully, in recent years the courts have started taking action to roll back some of these practices, putting badly needed checks on law enforcement agencies happy to push the boundaries of the Constitution. To the relief of many, the Supreme Court recently announced it had agreed to hear a case that could profoundly reshape a common tactic employed by law enforcement when investigating crimes. Specifically, the subject at issue concerns the ability of police officers to use cell phone location data without a warrant, a practice that many have relied on for years.

The case at issue is an appeal from a man convicted of several armed robberies in Ohio and Michigan. The police made their case thanks to vast electronic data compiled on the suspect, all without a warrant signed by a judge. The police had the man’s cellphone carrier reveal location records that placed him near the scene of several robberies. The cell site location information (CSLI) was tracked by his cellphone provider and handed over to police officers with little fuss.

The defendant tried to suppress the cell location information, arguing that the lack of a warrant violated his constitutional rights. The lower courts disagreed and, eventually, so did the Sixth Circuit Court of Appeals. These courts were of the opinion that police had no duty to procure a warrant for information related to cellphone location. The reason? Because this data was “voluntarily” shared with the cellphone service provider and, thus, there was no expectation of privacy.

Though the government and prosecutors argue that the ability to secure CSLI without a warrant is a vital tool for police officers, privacy experts say that the law needs to catch up with reality and protect individuals from what amounts to a serious invasion. The ACLU and others argue that police should have to demonstrate there is probable cause to believe the suspect may be involved in a criminal act before cellphone carriers divulge potentially incriminating location data. They say they hope the Supreme Court makes clear that the Fourth Amendment applies equally to digital intrusions as it does to physical intrusions.

Though fans of the practice say that lower courts are on their side, others warn that the Supreme Court has recently adopted a skeptical view of how far police can run with new technology. In recent years, the Court has twice ruled against law enforcement, siding instead with suspected criminals. Back in 2012, the Supreme Court found that warrants were required before police could place a GPS tracker on a suspect’s vehicle. In 2014, the Court extended the warrant requirement to include cellphones taken by police during an arrest. In each case, the Court strengthened legal protections for defendants and curtailed widely used tactics by the police.

The case comes at an interesting time as cellphone carriers and other major technology companies face intense pressure about their cozy relationships with law enforcement officials. Many consumers assume that these businesses protect their private information, yet stories like this one prove the protection is minimal, at best. Experts say the biggest cellphone carriers in the U.S. receive tens of thousands of such requests from law enforcement agencies each year and that data concerning cell site location is routinely turned over without a fight. Whether this practice continues will largely hinge on how the Supreme Court decides this case.