When most people think of the criminal justice system, they likely imagine something similar to an episode of Law & Order. Police officers testifying, prosecutors and defense attorneys arguing, judges slamming gavels and jurors listening in rapt attention. According to experts, while this may be the way things happen on television, it is most assuredly not typical in the real world. An overwhelming majority of cases are resolved through plea bargaining, something that few people fully understand despite the important impact it has on our criminal justice system. 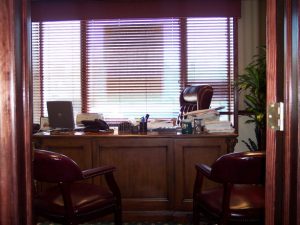 A good example of how this can impact real people involves a man from Kansas City, MO who was arrested last year and accused of stealing some tools and a generator from his stepmother. He was put in jail for more than a month before first meeting with a public defender. The public defender explained that after hearing details of the case he was hopeful that he could succeed at trial and get the man acquitted. The only problem was that it would take months, maybe half a year, to prepare for the trial. That would mean the man remains in jail, during which time his family would be without income from their primary breadwinner. The man wasn’t willing to take the gamble so he agreed to a plea deal instead. He pled guilty to a misdemeanor, got two years probation and a bill for his stay in jail.

Though we imagine criminal matters being dealt with in court by judges and juries, the facts paint a very different picture. Fully 97 percent of all federal cases are settled by plea bargaining. The same numbers are reported at the state level and are fairly consistent across the country. The data is clear: if you’re involved in a criminal matter you will most likely have your case resolved through plea bargaining.

This may come as a shock to most people given how strong our belief is that legal matters are resolved at trial, not as part of some informal negotiation with prosecutors. Though the Constitution takes pains to grant criminal defendants the right to a trial, this right is basically a myth in practice given that such a small percentage of people ever avail themselves of the right.

Interestingly, this hasn’t always been the case. Prior to the Civil War, the practice was unknown. Only in the years after did it begin in earnest, as the country grew, immigration increased and cities expanded, with more and more people living in close proximity to one another. As court dockets expanded, plea bargaining developed as a way of managing the case volume.

Plea bargaining does have its uses. For one thing, it helps manage overloaded dockets by resolving cases quickly and without all the time and expense of a trial. Second, they can be useful in certain massive criminal investigations, allowing prosecutors to offer deals to low-level offenders in exchange for information that leads to higher level prosecutions. Third, plea deals can be good for criminal defendants, especially those who are facing lengthy jail terms as the deals almost always involve a reduction in time served.

Though there are virtues to the process, there are important downsides that seldom get the attention they deserve. First, and most troubling, is that innocent people may feel forced to plead guilty to something they haven’t done because the risks associated with the trial seem too daunting to accept. As plea bargaining has become more common, the criminal justice system has become increasingly risk averse and many believe plea deals should be used to resolve even those cases that would appear to strongly favor the defendant.

Second, there is nowhere near enough oversight of prosecutors during the process. Judges seldom know the details of how plea arrangements are made and only sign off at the end of the negotiation. No one is tasked with keeping a record of the conversations, so nothing is on file for later review. There are no burdens of proof or requirements that prosecutors reveal details of the case to the other side, making it difficult if not impossible to make an informed decision. Finally, prosecutors can exert tremendous pressure, including threatening charges against others, to force the defendant to accept a deal, behavior that is entirely lawful. Whether this is the kind of system we want, deserves serious thought. But before that can happen, people need to first understand that the Law & Order approach reflects what happens in only about 3 percent of all criminal matters.

In his free time, Mr. Smith enjoys traveling, boating, golf, hiking and spending time with his wife and three children..