When most people think of paying a “debt to society” the first thing that comes to mind is time behind bars. The phrase is used to evoke some kind of sacrifice, almost always of time and freedom, that is “paid” to atone for some kind of misbehavior. A recent article discusses how the idea of paying a debt to society is being taken literally in many cases, with a seriously detrimental impact on some. 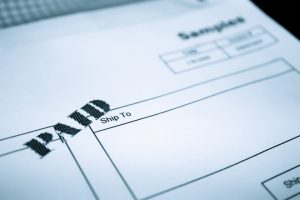 When a person is punished to time behind bars for a criminal infraction, most people believe that’s the end of things. You serve your time and, once that’s done, your punishment remains in the rear-view mirror. Sadly, that isn’t always the case as states have embraced what’s known as “incarceration reimbursement”. The term is fairly easily defined, with states sending former inmates a bill for the services they were provided while behind bars. Those who have already served their time are asked to compensate the state by footing some portion of the bill.

A recent article in the St. Louis Post-Dispatch discussed several individuals who only learned that incarceration reimbursement was a possibility when they were presented with a bill for services rendered. In one case, a drunk driver spent time behind bars after pleading guilty. He said he could’ve fought harder to avoid incarceration and instead gone to a private alcohol treatment center, but couldn’t afford the expense. To his shock, when he finished with his stay in jail he received a $6,300 bill from the county authorities for part of the cost of his incarceration.

In another case, a construction worker was sentenced to 20 years in prison for a sex offense. His grandfather, unaware of what his action would trigger, mailed two checks totaling $34,000 to his grandson behind bars. The money was meant to help the man get on his feet when he was released, to pay for an apartment and food. Unfortunately, the authorities became aware of the checks and presented the man with a bill for $181,000. They went even further and left the amount open-ended, saying that the figure could be recalculated to include any future costs of incarceration.

One troubling aspect of the incarceration reimbursement is that it’s done without much oversight or argument. The bills are handed down in Missouri whenever authorities have reason to believe the inmate has financial resources available to pay. There’s no advanced warning and not much of an opportunity to contest the order to pay.

Another, much more insidious problem with the concept of incarceration reimbursement is that it undermines the goal of rehabilitating individuals to go on to serve as productive members of society. Rather than help people struggling get back on their feet, the reimbursement approach involves slapping a person with a bill when he or she is at the lowest point. By insisting that inmates cough up thousands of dollars to pay for their own incarceration, it makes it even more difficult for the person to get settled, find secure housing and eventually stable employment.

Experts say that some 43 states have passed laws similar to the one that exists in Missouri. The measures, known as “pay to stay” laws, are popular with legislators who want to appear tough on crime. The question that citizens need to ask themselves is what do they value most: toughness for the sake of being tough or rehabilitation of criminals? If it’s the latter, it’s not clear how punitive measures like incarceration reimbursement help further that goal.