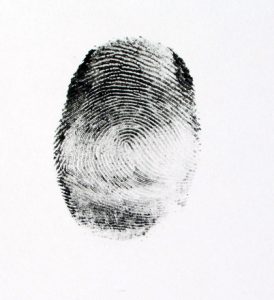 Going back to spring 2015, the FBI took over the servers for the world’s largest child pornography website, Playpen. Rather than simply take the horrible thing off the internet, sparing victims from having their photos spread among abusers even more widely, the FBI did something very unusual, they decided to leave the server up and operating for another 12 days.

According to experts, FBI agents used a tool known as “network investigative technique” or “NIT” to collect data from those logging on to the Playpen network. The goal was to gather IP addresses of users and then charge these people for possessing child pornography. The problem with this approach (named “Operation Pacifier”) is obvious: in an attempt to catch others, the FBI was forced to commit a heinous crime itself. In fact, some have pointed out the FBI committed an even worse offense, at least under federal criminal law. That’s because as the entity running the servers of Playpen, the FBI was complicit in distributing child pornography, while the men caught visiting the site were guilty only of possessing child pornography, typically something charged as a lesser crime.

Though ethically fraught, the tactic appeared to work and resulted in charges being handed down to 137 men. One of those men, Jay Michaud, a schoolteacher, fought the charges and demanded that prosecutors turn over evidence demonstrating his guilt. Specifically, they’ve demanded that the FBI reveal evidence of Michaud’s guilt as well as evidence showing how the government obtained the evidence in the first place. This right of a defendant to confront evidence used against him is a foundational aspect of the criminal justice system and may be the FBI’s undoing, at least in this case.

The data gathered here was done using a top-secret code that allowed the FBI to break a sophisticated encryption system. The FBI refused to release the code for the software even after being ordered to do so by a judge presiding over Michaud’s case. Now, the FBI has deemed the information classified, preventing it from legally being revealed. This forced the judge in the case to take a surprising step and throw out the case against Michaud entirely.

Because of the judge’s decision to dismiss the case, the government will now be pushed into the very difficult position of having to choose between disclosing classified information and prosecuting suspected child pornographers. The case was dismissed without prejudice, meaning the judge left a door open for prosecutors to file their case again later, potentially after rules have changed that allow disclosure of the software. Until then, it’s, unfortunately, possible that prosecutors may have to drop charges against all the 137 men caught in the sting.