A partner at a major national law firm is currently experiencing the fallout from a series of bad decisions she made during a recent flight from Charlotte, NC to London. The case illustrates not only the dangers of mixing alcohol and prescription sleep drugs, but also the serious penalties that can result from misbehavior onboard an airplane. 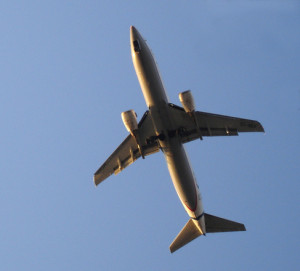 The attorney, Sara Buffett, boarded a late night flight for London and took her seat in first class. Things got off to a bad start when the plane’s takeoff was delayed for nearly an hour. Buffett decided to take a sleep medication that she used to help with her insomnia to try and get some sleep during the long flight. For reasons that are still unclear, she then followed the pill with at least three glasses of wine. Making matters even worse, she then refused to eat dinner.

The pill and the wine must not have interacted well, given that only a few hours later the pilot was forced to turn the plane around and make an unscheduled landing in Philadelphia. Reports indicate that Buffett became aggressive with the flight crew and, in addition to causing damage to her own seat, attempted to break the aircraft window. Flight attendants tried unsuccessfully to restrain her and needed help from passengers to wrap her legs in tape and tie her hands with plastic ties.

Once the plane landed in Philly, police officers removed her forcibly from the cabin. Buffet has now been charged with intimidating a flight crew member and interfering with a flight crew member’s duties. Though the behavior was certainly not good, many people might be surprised to learn that such charges can result in not only a stiff fine, but potential imprisonment for up to 20 years.

Buffett was specifically charged with a violation of 49 U.S. Code Section 46504, which states:

Thankfully for Buffett, the only “weapon” used during her tirade was the remote control from the in-flight entertainment consoles. Reports indicate she used the remote to smash the aircraft window. Though the remote could have eventually caused damage, it would be difficult to imagine a prosecutor making the case that it qualifies as a dangerous weapon. Given this, she won’t need to worry about a possible life sentence for her mid-flight outburst.