Some in the media have suggested that the latest teacher-student-sex case to make national news is a victimless crime. The case involves a 17-year-old male student who slept with two of his English teachers—at the same time. Detectives are now investigating rumors that the three made a sex tape of their encounter. 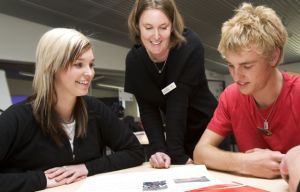 St. Charles Parish, Louisiana sheriff’s deputies said yesterday that the encounter between the student and teachers occurred at one of the teacher’s apartment on a Friday night after a school football game. The teacher/host has been identified as 24-year-old Rachel Respess. She surrendered herself to authorities yesterday and was charged with one count of carnal knowledge involving a juvenile, one count of indecent behavior, and one count of contributing to the delinquency of a minor.

The second teacher—34-year-old Shelly Dufresne—stands accused of engaging in sexual relations with the same student. She has also been arrested and faces charges. According to media reports, Dufresne is married and is the mother of three young children.

Ironically, one of the three judges who hear felony cases in St. Charles Parish is Dufresne’s father, Emile St. Pierre. Judge St. Pierre is the senior judge of the 29th Judicial District Court. Another judge in the district has already recused herself from the case, due to conflict. Before recusing herself, Judge Lauren Lemmon set Dufresne’s bond at $200,000 and placed her under house arrest.

It is not clear whether the victim believed he was being victimized. Police began investigating the two teachers last week when school authorities learned that the victim had been “bragging to other students that he was having a sexual relationship with teachers.”

“No matter what the sex of the victim is, everyone should be outraged,” Glaser said at a Wednesday press conference. He stressed that teachers have a responsibility to students to educate them to ensure their safety. When they cross clearly-delineated boundaries, he said, “[T]he community should be outraged.”

In North Carolina, any “teacher, school administrator, student teacher, school safety officer” or coach of any age who engages in a sexual act with a student may be found guilty of a Class G felony. The student must attend the school where the adult works and must be at least four years younger than the adult. An adult who is married to the student is exempted from criminal liability.

The statute does not distinguish between the sexes of victims.