A Massachusetts teenager has been charged with involuntary manslaughter after evidence was discovered that the girl sent text messages to her boyfriend encouraging him to commit suicide. Conrad Roy III tragically took his own life in 2014 outside a Massachusetts K-Mart. Roy died inside his truck, and the cause of death was carbon monoxide poisoning. 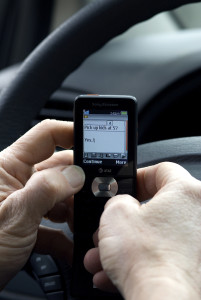 Prosecutors have now released a series of text messages between the 18-year-old Roy and his 17-year-old girlfriend, Michele Carter, that appear to show his girlfriend coercing him to take his own life. Some of the messages encourage the teen to follow through with a suicide plan. One states, “You can’t think about it. You just have to do it. You said you were gonna do it. Like I don’t get why you aren’t.” Another states, “You can’t keep living this way. You just need to do it like you did the last time and not think about it and just do it, babe.” Reports also state that Carter told Roy to get back in the truck via phone when he had gotten out because he was afraid his suicide plan was working.

Upon reading these messages, prosecutors charged Carter with involuntary manslaughter. Their basis for the charge was that Carter wantonly and recklessly caused her boyfriend’s death. Her defense claims she tried to talk her boyfriend out of suicide for weeks before eventually relenting because she realized her attempts were futile. The defense also states that her text messages are speech protected by the First Amendment.

Even if the free speech defense is rejected, her defense might note a hole in the prosecution’s case. Often in order to get an involuntary manslaughter conviction, the prosecution must show that someone has unintentionally caused the death of another by engaging in some kind of reckless conduct. A major issue with this case should be whether Carter’s conduct actually caused Roy’s death. Roy had attempted suicide in the past, and he had spent most of his time since the first suicide attempt in a psychiatric hospital. Tragically, Roy had spent most of his teenage years battling depression. Reportedly, Michele Carter had texted Roy a week before his suicide attempt and urged him to seek psychiatric help. His response was, “It’s too late, I’ve already given up.”

The defense claims the evidence will show Conrad Roy III planned and executed his own suicide. He bought the supplies, drove his own truck to the parking lot, and the defendant was nowhere in sight.  A further issue is the burden of proof in a criminal case. The prosecution will have to show that beyond any reasonable doubt, Michele Carter caused Roy’s death by reckless conduct. The prosecution’s case is made still more difficult by the fact that Massachusetts has no law preventing assisted suicide, which would clearly be less of a legal stretch in this situation.

Prosecutors maintain that Carter’s conduct did cause Roy’s death. The argument would be that, but for Carter’s phone call, Roy would have gotten out of the truck and not followed through with his suicide attempt. Roy had apparently attempted to abort his suicide attempt, but the defendant’s actions, the prosecutors will claim, kept him in the car. The issue of course is that she did not force him into the car; the young man got back into his truck by his own will.

This is a difficult case. On one hand, one could argue that the accused manipulated and verbally coerced the defendant to take his own life. On the other hand, ultimately, another may argue the deceased’s decision to get into his truck and carry out his plan to take his life was his alone. The outcome of the case will be important to consider because it will decide, in at least one state, what role, if any, those who are not present at a scene may have had in a potential crime. Can an individual potentially be considered responsible or partially responsible, even if she or he is not directly present, if another individual commits suicide?  If so, coercing someone who is fragile (mentally ill, depressed, mentally incapacitated) could be considered a criminal act one might be charged with committing, even if such coercion takes place remotely via phone or text. Indeed, as this case questions, is encouraging someone to do something (or to carry out an action) the same as “causing” him to do it?

By Oregon Department of Transportation [CC BY 2.0 (http://creativecommons.org/licenses/by/2.0)], via Wikimedia Commons

Manslaughter charge for teen who encouraged friend to commit suicide