Marijuana legalization is a concept that went from seemingly impossible to near mainstream in the span of only a few years. Washington and Colorado were among the early movers that have paved the way for other states who are now taking the plunge. Oregon, though not the first to abolish legal consequences for growing, possessing and buying marijuana, has taken a step ahead of other states by tackling the issue of criminal records of those with marijuana-related crimes. 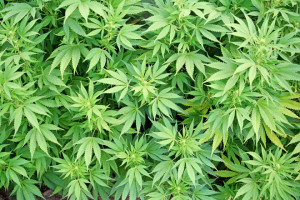 Despite moving early to end criminal penalties for marijuana use and sale, Colorado and Washington have done little to address what happens to those with convictions on their records for things that today would not be deemed a crime. Expungement is either not possible or not easy in these states, meaning that someone can have a criminal record impacting them today for an activity that is not illegal, a strange legal trap that Oregon legislators wisely sought to avoid.

To address this problem, Oregon recently passed a measure to accompany their legalization push that would make it much easier to expunge previous marijuana-related criminal infractions. One state law says that anyone with a low-level felony, misdemeanor or non-traffic violation is able to wipe the slate clean if 10 years or more have gone by without another conviction. Starting early next year, even more serious felony marijuana convictions will be eligible for sealing.

Another new law that is specifically aimed at those with prior drug convictions says that courts must use the standards of current law when considering requests to expunge criminal records. Current laws make it legal to possess, grow and sell marijuana, meaning those with similar prior convictions will likely be able to have them sealed. Another new law makes the process even faster for those who were under 21 at the time of the previous conviction, aimed at sparing otherwise law-abiding adults from the consequences of a youthful indiscretion, an indiscretion that today would be perfectly legal.

Experts say that Oregon has gone farther than any other state in tackling criminal law reform related to marijuana. Though many states have tried to correct overly harsh drug policy by focusing more on treatment and considering decriminalization in certain instances, few have sufficiently wrestled with what to do when people continue to be impacted by a criminal record for something that is no longer a crime. As more and more states consider similar legalization measures, they too will need to grapple with what to do about prior criminal records. As a recent New York Times piece explained, the consequence of even minor drug convictions can be serious. One woman interviewed in the article explained how her misdemeanor conviction for possession as a teen still caused problems today, like when she applies for jobs or requests to volunteer in her child’s school. She now intends to take advantage of the new Oregon expungement laws, clearing her record and moving forward without embarrassment.