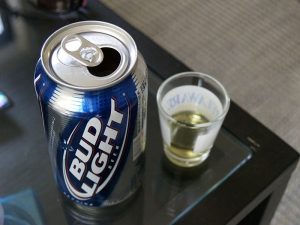 This is what a jury heard from the defense earlier this month when Judge Jones went to trial for bribing a public official. Jones, chairman of the N.C. Innocence Inquiry Commission at the time he was arrested, argued that his simple inquiry that could have easily been met with a “No” from the deputy was used to build a major investigation and entrapment for him.

The commission has reviewed hundreds of innocence claims since its creation in 2006, leading to the release of some wrongfully convicted inmates. Jones and his attorneys contended at trial that the deputy led him along in part because of Jones’ position on the commission, which by its nature calls the work of law enforcement and prosecutors into question in reviewing potentially wrongful convictions.

Meanwhile, the prosecution argued that the deputy did tell Judge Jones he would need a warrant backed by probable cause and signed off by a magistrate judge in order to access the text messages. The deputy and the prosecution said that Judge Jones told the deputy to proceed with accessing the text records but to do it on the “down-low” since the matter involved a family member. The deputy and judge met in a car about a week later, the charges alleged, where the judge reportedly offered the deputy a couple of cases of Bud Light beer for helping him get the information he wanted.

If the judge’s version of events were true, it is admittedly curious that the judge of a criminal justice commission would not have understood that what he was asking of the deputy would have required a warrant. Judge Jones’ professional website indicates that that he worked in family law and personal injury for decades before becoming a judge in 2008. However, regardless of what area of law he practiced before becoming a member of the judiciary, the fact that judges can’t take or make bribes is judicial practice 101.

The actions for which Jones was convicted would have been improper even if he hadn’t been a judge for a living. The nature of judgeship comes with enormous discretion and power over both the individual litigants whose cases they oversee and the justice system as a whole.

And although Judge Jones may be on administrative leave after his recent convictions, he is still campaigning for re-election this November.

Jones’ convictions will likely bring an inquiry from the N.C. State Bar as well as the judicial standards commission. His job and law license will likely fall into jeopardy once these procedures are underway, but the revocation won’t be automatic.