Forensic Magazine recently published an article about fingerprint analysis with exciting results for people facing criminal charges where fingerprint evidence might come in against them. 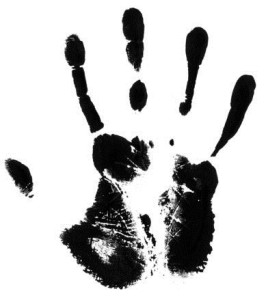 The February 2016 article discusses a new Journal of Forensic Sciences study that found that fingerprint brushes used at crime scenes can actually pick up and redeposit DNA at different locations. This essentially contaminates and skews the evidence and calls into question evidence obtained through these methods. It means that forensic “evidence” could say that your DNA was in places that you weren’t (the study calls this worrisome possibility a “false association”).

At this point you are probably wondering how in the world having evidence contaminated against you is a good thing for your case. First, some background.

Criminal cases often involve scientific or technical methods of proof that go beyond the general public’s knowledge. Both the prosecution and defense frequently use expert witnesses to explain issues like causation and proof testing that the average layperson would not know. In a murder case, for example, the expert witnesses called could range from crime scene investigators to forensic pathologists, blood analysts, knife experts and firearm manufacturers.

However, the prosecution frequently calls “experts” to testify using methodologies that have a questionable basis in scientific fact. These other problematic forensic pseudo-sciences include:

Numerous other academic and scientific studies such as the National Academy of Sciences Report discuss the problems with viewing these areas of study as science.

Fingerprint analysis, for example, is highly problematic because purported “experts” in that field almost always talk in terms of absolutes when they testify about whether a defendant is the source of a latent fingerprint. “It’s a match!” they’ll say. Reports say the level of certainty this implies is grossly misleading. Fingerprints, like many types of questionably scientific analysis, cannot be repeated

So how to counter these dubious “sciences” when your liberty is on the line? As recently as 2014, North Carolina has adopted a new standard called the Daubert test for the admissibility of expert testimony. In short, challenging the opposing side’s expert testimony just got easier, while getting your own expert in just got more difficult.

The Daubert standard isn’t really new—it is based on a federal standard that the federal courts implemented over 20 years ago and states have been adopting in piecemeal ever since. Before this change in North Carolina, you just had to prove that your expert’s testimony was “generally accepted” in the relevant field.

The Daubert standard is more stringent. It charges the trial judge with the position of a “gatekeeper” whose job is to keep “junk sciences” out of the courtroom. The sole purpose of the test is to determine the testimony’s scientific reliability and validity. It lays out the following four factors that a court may consider:

As a solution to the redeposited DNA issue, the Journal of Forensic Sciences study called for the implementation of standard protocols for when fingerprints brushes are used on latent prints before they are tested for DNA.

No matter what these “protocols” could be, it is difficult to imagine that they could ever mitigate the damage done by the false association of a defendant with a crime scene. Even more worrisome is that the Forensic Sciences study labeled the risk of false association in cases where latent fingerprints as evidence as “moderate.”

Regardless, this is an ever-evolving area of criminal defense as more is learned about these technologies and their bases in scientific fact. We’ll have to stay tuned for any updates.