Charlotte DWI and Criminal Defense Attorney J. Bradley Smith of Arnold & Smith, PLLC responds to: “I was found not guilty of a charge, but my record still shows the charge.”

A recent U.S. Supreme Court ruling will have an important impact on dozens of people currently serving life sentences in North Carolina prisons. The ruling will require courts to reconsider their sentences as the inmates were all under 18 years old at the time of their crimes. Whether the life sentences without the possibility of parole are ultimately tossed out depends in part of the nature of the original crime and on the leniency of the judges presiding over the new hearings. 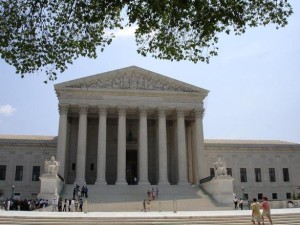 To understand the recent Supreme Court ruling, it helps to go back to 1994, when North Carolina first passed a law that applied a mandatory minimum sentence of life without parole to those convicted of first-degree murder. Given that North Carolina is one of only two states that treat those 16 or older as adults, this meant that someone 16 or 17 years old could potentially receive a sentence of life without parole.

From the beginning, this result was criticized by some as unfair, requiring that minors be treated as criminally mature adults. Nothing much happened until 2012, in Miller v. Alabama, when the Supreme Court found that minors should no longer be sentenced to life without parole, with the majority believing this kind of stiff penalty amounted to cruel and unusual punishment. Because of the decision, North Carolina legislators changed the law, saying that young offenders would be given the possibility for parole after 25 years.

The unanswered question at the time was whether Miller applied retroactively. Some judges across the country believed that it did, and began reassessing previous criminal sentences. Others did not, and rejected claims that sentences should be reexamined. Thankfully, the Supreme Court took up the issue yet again and last month, in Montgomery v. Louisiana, ruled that the previous decision ought to be applied retroactively.

In Montgomery, the Court ruled that the young offenders were simply too immature to be treated as adults by the criminal justice system. As a result, their life without parole sentences were too severe and were found to violate the constitution’s 8th Amendment ban on cruel and unusual punishment.

Moving forward, this recent ruling is good news for some young offenders previously given life without parole sentences, though not all. Some offenders will automatically receive new sentences of life with the possibility of parole. These include those offenders who were originally convicted of first-degree murder as part of the North Carolina felony murder law. Felony murder includes instances where there was no premeditation, but instead, where a killing happened in connection with the commission of other felonies.

For those convicted of first-degree murder with premeditation, the result will not be automatic resentencing. Instead, these individuals will need to go before a judge who will consider evidence as to whether the defendant ought to be made eligible for parole after 25 years behind bars. All in, the recent Supreme Court ruling will impact some 79 criminal defendants in North Carolina who may now receive new sentences and face the prospect of possible parole one day.