If you’ve ever tried to buy tickets to a concert or other popular live event you understand the frustration felt by many. It can be downright impossible to get tickets to especially hot performances and the reason seldom has to do with other fans. Instead, automated ticketing purchasing software, known as “bots”, frequently scoop up huge numbers of tickets before few if any real people get the chance to buy. This leads to dramatically inflated prices with the bots reselling these tickets on the secondary market. It’s a deal that’s bad for fans and also bad for venues and the artists who aren’t getting the benefit of the higher prices being charged on the secondary market. Everyone, except the bots, lose. 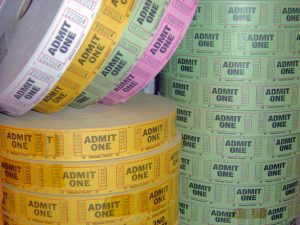 Things may be changing in New York, where the governor  recently signed a new law that would criminalize the use of bots that gobble up tickets before fans ever get a chance to make a purchase. The law is one of more than 100 bills that Governor Andrew Cuomo had been considering and now needed to act on. After a recent investigation led by the New York Attorney General Eric Schneiderman referred to the bots as part of the “rigged ticketing game”, the Governor felt compelled to act. Recent events such as concerts or even the Pope’s visit to New York City have been marred as bots steal tickets from real people, increasing the pressure felt by political leaders to do something to remedy the problem.

The new law creates a misdemeanor crime in New York state and says that each offense can be punished with fines of up to $1,500. The law takes aims at ticket resellers, saying that it is now a crime to knowingly sell tickets that were acquired through use of ticket purchasing bots. The law says that bots are defined as software that works either with or without human assistance. Bots are further defined as those programs that work to bypass a website’s security measures that exist to prevent large purchases by one person or group.

Under the new law, anyone who uses bots to buy tickets or who has a financial interest in an operation that uses bots can face the misdemeanor criminal charges. The only exception to the new is that the bots can be used for the person’s personal use or for his or her guests.

It should be noted that previous New York law already banned the use of these automated bots, however, the only penalty was a minor civil fine. The small fine and the lack of criminal implications did little to dissuade companies from continuing to use the bots. There’s now a larger fine and a criminal charge to contend with, something that advocates for change say they believe will lead to real change.

The hope is that by passing the new law, ticket prices in New York will drop as customers have a fair chance of being able to buy tickets to their favorite shows. Currently, the bots ensure that resellers are able to gauge fans by denying the fans an opportunity to purchase the tickets on their own directly from the artist or venue. The governor has said that the bots are predatory and he believes the new criminal law will bring fairness to an industry that has gone unchecked for too long. Whether prosecutors and others in law enforcement spend time and energy going after those snatching up tickets remains to be seen.

Are law enforcement officials collecting pictures of your face?