As technology continues to change and grow increasingly complex, so do the opportunities for unsavory characters to misuse it. The proliferation of GPS and other advanced tracking technology has meant that it is often alarmingly easy to monitor the movement of others. Smartphones and social media often serve as vital assistants to those who may want to keep track of others, unknown digital informers of a person’s whereabouts. 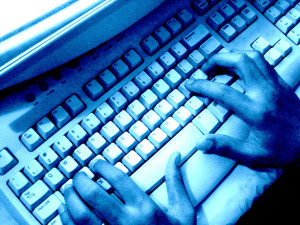 In an attempt to get ahead of those engaged in electronic surveillance, or cyberstalking, legislators in North Carolina recently passed a measure criminalizing the use of GPS devices to track others against their will. The House voted overwhelming in favor of the bill, 98-6, which was already approved earlier in the year by the Senate.

The bill, as currently written, makes cyberstalking a crime, something that is considered a misdemeanor with no active jail time required for a first offense. Those who repeatedly engage in cyberstalking face up to 60 days behind bars. The House also passed a series of exceptions to the law designed to allow private investigators to do their jobs. These changes will need to be approved by the Senate before the bill can move forward for the governor’s signature.

The goal of the new legislation is to prevent someone from sticking a GPS tracker to the bottom of another person’s car or using smartphone technology to remotely track a person’s movements. Previously, there would have been no way to punish those engaged in such surveillance, exposing victims to worrying levels of intrusion.

Though the new measure is the first to criminalize the use of GPS technology to cyberstalk, cyberstalking itself was already a crime in North Carolina. The current law merely adds another dimension to cyberstalking in the state. Previously, there were only four circumstances where a person could be convicted of cyberstalking.